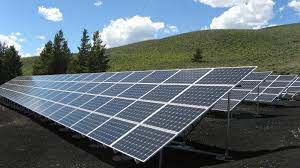 New York : Nicaragua has become the latest country to join the International Solar Alliance Framework Agreement, an initiative led by India to promote sustainable energy.
Nicaragua’s Permanent Representative to the United Nations Jaime Hermida Castillo signed the agreement at the Permanent Mission of India to the United Nations here on Wednesday. The Central American country is the 87th country to sign the agreement.

“Nicaragua recognises the ISA as a key initiative for promoting sustainable energy,” the Indian Mission said in a statement.

Inclusion of UN member countries to the alliance will put solar energy in global agenda, the ambassador said, adding that the expanding membership will lead to the initiative benefitting the world at large.

Castillo recalled Nicaragua’s participation in events on renewable energy organised by India and appreciated the nature of the ISA which “treated all countries equally.”

It is a major global initiative for the implementation of the Paris Climate Agreement, envisioning rapid deployment of solar energy units.

The ISA Framework Agreement was opened for signature during the United Nations Climate Change Conference in Morocco in November 2016 and the ISA became a treaty-based intergovernmental body in December 2017.

The Founding Conference of the ISA — jointly hosted by Modi and French President Emmanuel Macron in New Delhi in March 2018 — was attended by leaders of 48 countries, including 25 heads of state and government.