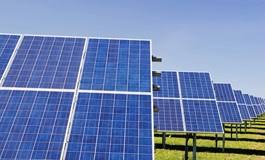 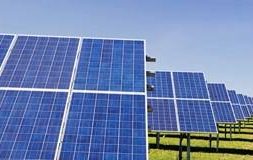 SECI being the national aggregator of renewable energy, signs power purchase agreements (PPAs) with the winning developers in competitive auctions, and subsequently inks PSAs with states to supply electricity from these plants.

A clutch of under-construction solar projects with combined capacity of 18,000 MW is facing grim prospects with the state-run discoms developing cold feet on buying power from these projects, at tariffs discovered under auctions. The discoms’ reluctance to sign power supply agreements with these projects, with aggregate investments of Rs 90,000-Rs 1 lakh crore, is in view of the widening differential between the price of power from these projects and the much lower prices discovered under recent auctions.

While at least eight companies are hit by the discoms’ stance, Azure Power is the first to openly acknowledge it. “The Solar Energy Corporation of India (SECI) has informed us that so far there has not been adequate response from the state electricity discoms for SECI to be able to sign the PSAs at this stage even though we have a letter of award,” the company said in a statement last week.

According to data compiled by the Central Electricity Authority, the state-run intermediary SECI has not been able to sign PSAs with any state discom for 6,000 MW of solar projects, out of the 13,816 MW, under-construction. These are in addition to 12,000 MW capacity to be built under the manufacturing-linked solar scheme, which also do not have any buyer at present.

Azure’s untied capacity is a part of the projects awarded in the maiden auction for the manufacturing-linked solar scheme held in January, under which Adani Green Energy will build 8,000 MW generation capacity and Azure will develop 4,000 MW and supply power at Rs 2.92/unit. Compare this price with the tariff of Rs 1.99/unit tariff, discovered under the latest auction held earlier this month, and the discoms’ unwillingness to sign up looks reasonable from their perspective.

As a part of the deal, the two companies will also build 3,000 MW of solar manufacturing capacities in the country (Adani 2 GW and Azure 1 GW).

SECI being the national aggregator of renewable energy, signs power purchase agreements (PPAs) with the winning developers in competitive auctions, and subsequently inks PSAs with states to supply electricity from these plants.

To address this issue, the government was planning to bundle 3,000 MW from the manufacturing-linked capacity with some solar projects awarded in the auctions in February and June in order to cushion the potential blow to discoms. Since the February and June auctions discovered lower prices of Rs 2.5/unit and Rs 2.36/unit respectively, the composite tariff was seen to come down to about Rs 2.66/unit.

Standalone solar price has since fallen to the record-low level of Rs 1.99/unit, buoyed by lower interest rates, declining solar panel prices, improved technology and assured purchase of power. Foreign-funded companies, with their eagerness to establish themselves as serious solar players in the Indian market, have leveraged their access to cheaper capital and have been quoting aggressively to win contracts.

The 13% fall in solar module prices since last year has also contributed to lower tariffs. “We expect a tariff markdown from the price discovered in the (January) auction, which will facilitate signing of PSAs,” Azure Power said.

“The PPA signing process is continuing so we expect the first 2,000 (MW) to be done soon,” Robbie Singh, CFO of Adani Group, had said in November while responding to an analysts query on the status of the manufacturing linked tender. “The other 6,000 (MW) is underway because SECI needs to have the corresponding agreements with the states,” Singh had added. Queries on the subject sent to the Adani Group had not been responded to till the time of going to press.