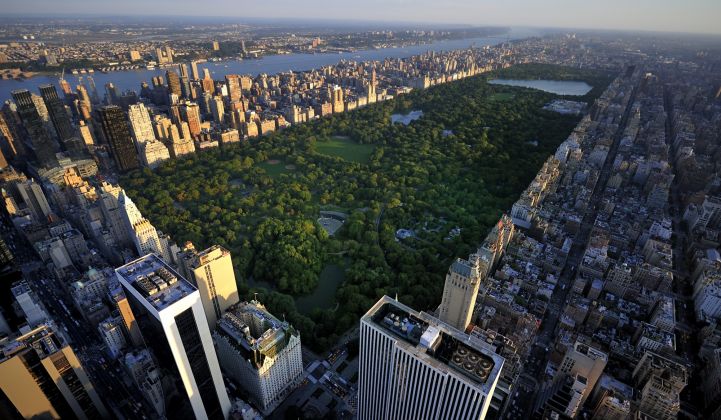 Northeastern States Primed to Be the Next Major Energy Storage Market 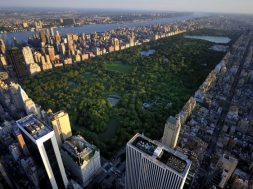 Northeastern States Primed to Be the Next Major Energy Storage Market

Where the challenge was once a lack of profitable storage opportunities in the Northeast, now the trick is keeping up. Here’s GTM’s handy guide.

Northeastern states have enacted a dizzying array of policies to promote energy storage development alongside the growth of renewables over the past few years.

Where the challenge used to be a lack of profitable storage opportunities, now the trick is keeping up with new programs, incentives and market rules.

“The Northeast is a region that, from a storage perspective, is starting to come into its own,” said Brett Simon, energy storage analyst at Wood Mackenzie Power & Renewables. “In New York and Massachusetts especially, we are on the cusp of seeing pretty substantial growth on both sides of the meter.”

This region is united in its muscular state policy stances on combating climate change with a pivot to cleaner electricity. Aggressive clean energy policy alone benefits from greater capacity to store intermittent production, but the Northeast also has a geographic interest in resilience in the face of hurricanes, nor’easters, ice storms and blizzards.

This corner of the U.S. generally subscribes to competitive wholesale markets. That means that, besides attracting state incentives, solar-plus-storage developers can augment their income with wholesale market participation in PJM, New York ISO or ISO New England.

Meanwhile, the region’s distribution utilities have adopted a “bring-your-own-device” mentality, letting customers earn money through timely use of their own energy devices.

To make sense of the opportunities ahead of a regional forum on the topic later this month, GTM is rounding up the top-line developments for solar and storage in Northeastern states. The geographically gifted will notice the absence of Connecticut, Maine and Rhode Island; once they generate more storage policy and activity, they can join their neighbors on the list. Maine’s storage study, due in December, will suggest appropriate legislation and procurement targets, proving that storage advancement in the region is far from over.

Gov. Charlie Baker’s administration is racing Gov. Andrew Cuomo of New York to see who can build the most bustling storage market first.
To achieve that goal, Baker launched the Solar Massachusetts Renewable Target (SMART) incentive, which pays solar customers for each kilowatt-hour produced and adds a premium for storage-paired production.

It’s hard to say exactly how valuable this incentive is. It depends on production over the years, and varies based on discharge duration and capacity ratio. Nonetheless, it has proven attractive enough to mobilize a cohort of national solar and storage specialists to set up shop in Massachusetts.

The SMART interconnection queue already includes more than 130 megawatts of storage. Queue numbers are not hard facts, but they suggest the scale of interest.

Beyond SMART, distributed storage can participate as an aggregated resource in the ISO New England forward capacity market. Sunrun proved this by winning a 20-megawatt contract back in February; now it has to build enough home systems in the territory to add up to that amount.
Looked at another way, Sunrun’s bid means the San Francisco-based company feels confident the home storage market will take off in New England in the two years before the contract comes due.

Massachusetts has also approved a Clean Peak Standard, to ensure a growing portion of peak-hour electricity comes from clean rather than fossil-fueled sources. That policy is still being finalized, so it’s hard to say how exactly it will translate into business opportunities.

Utilities have been pushing energy storage in New Hampshire as an innovative solution to peak power constraints.

Liberty Utilities kicked off the trend with its plan to use Tesla Powerwalls in customer homes to reduce system peak consumption. The customers get backup power and a time-of-use rate that aligns personal incentives with system needs; the utility gets a distributed alternative to more capital-intensive grid upgrades. And third-party companies will have a chance to participate in a bring-your-own-device (BYOD) program.

Eversource New Hampshire followed up with its own take on the concept. It wants to back up the entire remote town of Westmoreland with a combination of central, utility-owned battery and customer-sited energy devices, with net savings compared to building a redundant distribution line out there.

The state has been quiet on overall energy storage policy, letting the utilities lead the way. Still, this approach has created a sizable opportunity for residential solar and storage deployment and aggregation.

The Garden State has an unusual disjoint between official policy and activity on the ground.

The state passed an energy law in 2018 calling for a storage study and setting a goal of 2 gigawatts installed by 2030. That’s one of the largest targets in the country, on paper, but it hasn’t spurred follow-on action to open up a market.

“New Jersey does have some amount of opportunity, but it’s really murky because there’s not a lot of concrete policy to support it,” Simon said.

As such, there are exceedingly few ways to make a storage project work in New Jersey. It is part of PJM territory, but the once-great market for frequency regulation has all but dried up. Viridity’s recent completion of two 20-megawatt/20-megawatt-hour batteries in New Jersey delivered a rare exception to the rule.

Even an incentive to back up critical commercial and industrial infrastructure with renewables and storage failed to get projects in motion. The Renewable Electric Storage program awarded funds, but, years later, it counts only one completed project (also by Viridity), two in the pipeline, and 15 canceled.

New York spent years on the long-simmering Reforming the Energy Vision effort to turn the grid into a platform for competitive service providers. What’s finally jump-starting the storage market, though, is a barrage of funding to get projects in the ground now so as to bring down costs for the long haul.

The “bridge incentive,” designed to cover the spread between the value of storage and the monetization available currently, kicked off for most of the state in April. The declining block grants allocate $150 million to bulk projects and $130 million to retail systems smaller than 5 megawatts. The first block of retail incentives got gobbled up in the first two weeks.

That funding could support 1.8 gigawatt-hours by 2025, Simon estimated, pushing the state much closer to its goal of 3 gigawatts by 2030 (the units, alas, don’t always line up in these calculations).

The state followed up a few months later with $55 million targeted at storage on Long Island, which has a geographically constrained grid, resilience needs and is set to receive a truly colossal amount of offshore wind generation by the mid-2020s. Long Island also got its own BYOD program, which will reward customers for using their batteries to reduce demand at key times.

One track of funding is not enough to create a proper market, however. New York has also created the Value of Distributed Energy Resources tariff (VDER) to systematize payments to solar and storage devices based on where and how they operate. Projects can earn money for values like environmental benefit and peak demand reduction.

A rule change in April locks in compensation rates for a decade, creating more certainty around VDER value streams.

“It doesn’t give a financier a lot of confidence if they’re only guaranteed revenue for a few years,” Simon noted.

Even before New Hampshire utilities talked about enlisting batteries in homes for grid benefit, Vermont utility Green Mountain Power was already doing it.

The company, which serves roughly three-quarters of the state’s electricity users, offers customers a Tesla Powerwall for $15 a month to provide backup power in an outage. In exchange, the utility calls upon the network of small batteries to lower its consumption during the annual peak. Last year, GMP saved customers $600,000 during the year’s peak hour, with the help of 610 Powerwalls in the field.

That program has room to grow, but so does large-scale storage. GMP committed in April to carbon-free power by 2025 and renewable-only power by 2030. That requires dispatchable power, and the company has said storage will be critical for that goal.

Its integrated resource plan from 2018 also called for 50 megawatts and 100 megawatts of “additional storage and flexible load resources,” respectively, in the next decade.