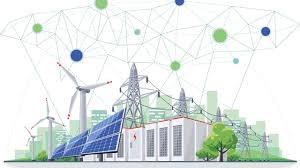 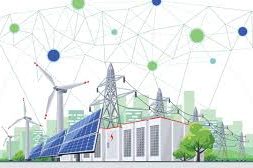 CMD Gurdeep Singh said that NTPC is aiming to increase its share of the power generation market from 23% to 25%.

NTPC, the country’s leading power generator, is aiming to increase its market share from 23 per cent to 25 per cent and a significant portion of the extra capacities would come from coal as well as renewables. The company is also exploring strategies like having merchant capacities without long term power purchase agreements, according to Gurdeep Singh, chairman and managing director (CMD).

Speaking at a recent media interaction, Singh said that while coal power generation would rule at least for another two to three decades, incremental capacity addition is going to come from the renewables segment. The idea is to have 30,000 MW of renewable capacity by 2030, he said, adding that apart from solar, other options that NTPC is working on include waste to energy plants in collaboration with municipalities willing to supply waste for conversion.

Currently, two municipalities with whom NTPC is working are East Delhi and Surat, Singh said, and these plants may take around 30 months to come up from the date of award of the contract.

Another area in solar that the company is looking forward to implement are floating solar plants like the one it is executing near Surat: boasting 125 MW capacity and located on a reservoir. The power generated would be sold directly to buyers on a merchant basis. “We are not averse to selling to anyone… exploring how much we can go without PPAs,” Singh said. Selling on merchant basis may bring higher returns than through PPAs, and NTPC wants at least some capacity on a merchant basis, he added.

“The renewable trend seems to be catching up with NTPC, and it is aggressively targeting RE capacity additions through EPC/developer mode etc. Furthermore, the company has been participating in various TBCB (tariff based competitive bidding) bids,” Edelweiss Securities said in a recent research report. NTPC has also won 545 MW of capacity through participation in TBCB conducted by states and SECI.

Another large scale project it is working on is a 5,000 MW Ultra Mega Solar Park at an estimated cost of `20,000 crore at Kutch, Gujarat, Singh said. Two to three locations are being examined for a park where other players would also be encouraged to come and set up capacities, he added.

In Rajasthan, the company is exploring the possibility of setting up another ultra mega solar park, though the location and size is yet to be decided upon. Ladakh is another region where a large solar project can come up, Singh pointed out, but said that the issue there was about connecting the capacity to the grid since local demand was small. Last fiscal, NPTC added 2,180 MW to its commercial capacity and 1,460 MW in the first quarter of FY20.