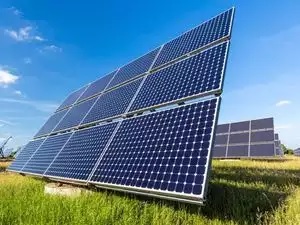 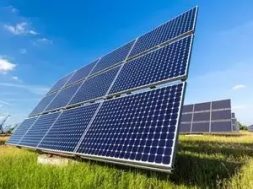 NEW DELHI: NTPC, India’s largest power company, will not undertake any new coal-based generation for the next few years as part of measures to reduce its carbon footprint and has decided to invest about Rs 25,000 crore to set up one of the world’s largest solar parks at Kutch in Gujarat. The solar park will be developed in phases over the next five years.

The company also expects to disconnect some of its coal-based capacity from morning till evening to make way for affordable solar and wind power generation, said a senior company official. Besides, it plans to set up solar power plants of 1,000-MW capacity which will sell electricity in open market.

NTPC’s plan to procure renewable power from plants across the country and bundle it with its coal-based generation will be implemented in a month, the official told ET on condition of anonymity.

We will not set up coal-based power plants for the time being. We are setting up solar plants at Bilhor in Uttar Pradesh and Barethi in Madhya Pradesh where originally coalfired plants stations were planned,” said the official. “Don’t be surprised if in the next three-four years, we may have to stop coal-based plants from morning to evening.”

The government regulations to cap emissions from coal-fired power plants, which increase the costs of building such projects, have also prompted the company to turn to green energy for growth.

The company is expecting subsidy from the central government and is open to awarding contracts to private companies or on a turnkey basis to set up the projects. It will procure the electricity generated from these projects, bundle it with its produce and sell it to the distribution companies and avoid state government interventions.

Bridge to India managing director Vinay Rustagi hailed the decision. “It is a remarkable development and shows how far the renewable energy sector has come in the last few years. But for NTPC, a 100% thermal power-focused company and reliant primarily on a cost-plus model, competing with private developers in an aggressive marketplace is not going to be an easy proposition,” he said.

The company is also planning to buil a 500-MW hydropower project in Himachal Pradesh, where it already operates one such plant, according to the official.

The official said reneging of renewable contracts by states, including Andhra Pradesh, which has sought renegotiation of agreements, has affected sentiment of global investors.

Non-payment of dues by power distribution companies to renewable energy firms also acted as a deterrent. The dues to green companies stood at Rs 9,735 crore in July, according to a recent report by the Central Electricity Authority. Discoms from Andhra Pradesh led the list with total unpaid bills of Rs 2,509 crore, followed by Tamil Nadu distributors at Rs 2,413 crore.

Of the total 130 GW capacity targeted by 2032, the company aims to build 32 GW renewable energy plants to reduce the share of fossil fuels in its energy mix to 70% from about 96%.

NTPC operates 53 power stations. In addition, it has nine coal plants and one gas station, owned by joint ventures or subsidiaries, taking the total capacity to 55,786 MW.

India is targeting 175 GW of renewable capacity in the country by 2022, more than double the 80.6 GW today.