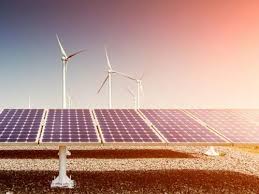 Budget 2021 is the next big thing that India is looking forward to, post the devastating effects of the COVID-19 pandemic on the world economy. The Government of India in Budget 2020 showed great intent to focus on renewable energy by allocating Rs 22,000 crore to the sector. Given this, the power sector is keenly awaiting with what is in store in Budget 2021.

It is well known that infrastructure projects have long gestation periods and are debt intensive, wherein each project is funded by third party lender and promoters’ contribution — also typically in the form of debt. While the government in line with BEPS Action plan 4, introduced the concept of thin capitalisation provisions under Section 94 B of the Income Tax Act (‘the Act’) to restrict the interest expenditure to 30 per cent of EBITDA, it has created unwarranted difficulties and additional tax cost. Being debt intensive, it is now time to relax the thin capitalisation provisions considering the current situation of the economy. Keeping in mind the dynamics of this sector, it is hoped that the government could increase the existing limit of 30 per cent of EBITDA.

It is also hoped that the government would issue a clarification on the definition of “interest, discounts or other finance charges” to be considered for computing disallowance, since this has been a contentious issue ever since the provisions were introduced and could also be the cause of unintended litigation in future.

With the abolition of DDT vide Finance Act, 2020 companies are now exploring dividends payment as an effective repatriation strategy. While Section 80 M of the Act has been introduced to remove the cascading effect of dividend taxation on companies, corresponding provisions are expected to be inserted in MAT provisions under Section 115JB of the Act.

Tax consolidation scheme is the need of the hour. Power projects are implemented by floating a separate special purpose vehicle (SPV) and thereby a parent entity may typically have 50 to 100 entities under its group. Currently, each of these entities are assessed to tax as separate entities, but in reality they are one. It is only because of the statutory compulsion that they are to operate separately. Therefore, the concept of tax consolidation may help these players optimise their tax and also reduce the compliance cost incurred by each subsidiary. This concept is successfully implemented by many developed countries including USA, Australia, Japan which have already reaped the benefits. Thus, it is high time that India also borrow and implement this concept.

This would also benefit tax authorities administering these entities. Currently, authorities have to administer multiple entities and there are chances that many may not be under the tax net.

However, there would be less chances to escape income with this concept. The new concessional tax regime under Section 115BAA of the Act, was introduced to reduce the corporate tax rate by foregoing certain deductions and exemptions. As per the current provisions of the Law, any unabsorbed additional depreciation under Section 32(1)(iia) needs to added back in opening written down value as at 1 st April 2019. However, a clarification is required to provide for similar relief to entities opting for a concessional tax regime in subsequent financial years as well. Further clarification is also sought on the priority of set off of unabsorbed losses/ depreciation which the entity needs to forgo, if such entity has both losses under the specific sections which needs to be forgone and normal business loss which are eligible to be carried forward.

Holistically, the major task is to provide impetus to the sector and revive the economy to normalcy.