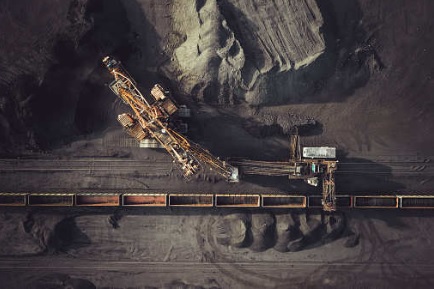 OPINION: Coal price slump in Asia even as demand grows shows supply is the issue 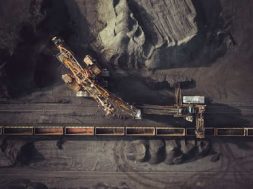 OPINION: Coal price slump in Asia even as demand grows shows supply is the issue

Coal prices in Asia, especially the benchmark thermal grade at Australia’s Newcastle Port, have come under pressure in recent weeks, even as coal exports have actually been rising

LAUNCESTON, Australia: Whenever coal prices decline it’s tempting for those opposed to the polluting fuel to think that demand is falling amid a move to cleaner renewable energies, but in the current cycle it appears oversupply is the main culprit.

Coal prices in Asia, especially the benchmark thermal grade at Australia’s Newcastle Port, have come under pressure in recent weeks, even as coal exports have actually been rising.

The weekly Newcastle price, as assessed by commodity price reporting agency Argus, dropped to $72.01 a tonne in the week to June 9, the weakest in two years and down 40% from its seven-year peak of $119.74 in July last year.

Lower-quality Indonesian thermal coal with an energy value of 4,200 kilocalories per kilogram, as assessed by Argus, has fared somewhat better than Newcastle supplies, but it has also struggled in recent weeks.

These price declines have come even as the main seaborne exporters of coal to Asia, the world’s major demand region, have all increased shipments.

Australia, which vies with Indonesia for the title of world’s biggest coal exporter, shipped 31.74 million tonnes of fuel in May, according to vessel-tracking and port data compiled by Refinitiv, up slightly from 31.53 million tonnes in May 2018.

Indonesia has also seen rising exports, with shipments in May totalling 35.54 million tonnes, up from 30.77 million in the same month last year.

Even third-ranked exporter South Africa, which faces capacity and weather-related constraints at its Richards Bay export harbour, managed to boost exports slightly in the three months to end-May.

It shipped out 19.23 million tonnes, up 4% from the 18.49 million achieved in the same three months last year.

India’s gains have been even more impressive, with vessel-tracking figures showing May and April as the two strongest months since Refinitiv started compiling data in 2015.

India imported 20.28 million tonnes in May, down slightly from April’s 20.34 million, but both months showed significant increases on imports of 17.08 million and 15.95 million in May and April of 2018, respectively.

Where there has been some moderating in demand is in Japan, the world’s third-biggest importer, with coal imports falling 0.8 percent to 61.39 million tonnes in the first four months of 2019, compared to the same period last year. Official statistics for May imports are expected at the end of this month.

The decline in South Korea, Asia’s fourth-biggest importer, has been more marked, with an 8.5% drop in imports to 41.8 million tonnes in the first four months of 2019 from the same period a year earlier.

However, some emerging coal importers in Asia have stepped up purchases, with vessel-tracking data showing Vietnam imported 4.02 million tonnes in the three months to end-May, up from 950,000 tonnes in the same period a year earlier.

What the vessel-tracking data shows is that demand from major buyers in Asia has been growing this year.

It can be argued that demand has risen because prices are lower, an argument that may help explain the recent surge in India’s coal imports.

It’s also possible that slumping spot prices in Asia for liquefied natural gas (LNG) are putting downward pressure on coal, especially since the price for prompt LNG delivered to China dropped to $4.25 per million British thermal units in the week to June 10, a three-year low.

But the simpler explanation that more coal is being offered by producers than buyers are demanding right now is the most compelling reason for the lower prices.