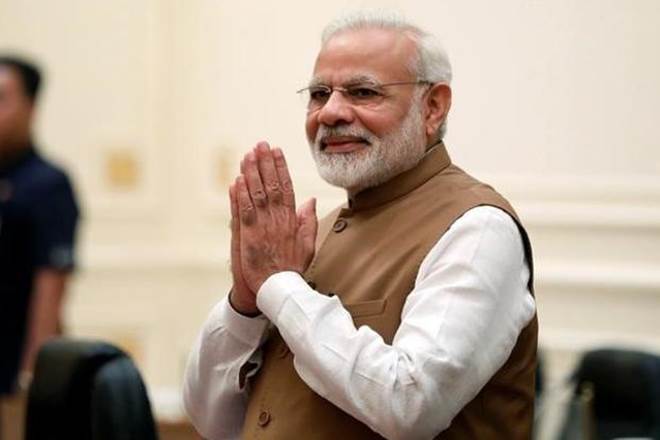 OPINION: Will Modi spur global inaction into action on climate-change? 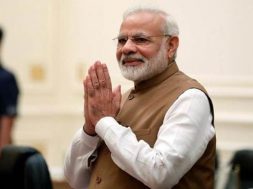 OPINION: Will Modi spur global inaction into action on climate-change?

Within a year of his first term as Prime Minister, Modi raised the target of solar energy capacity in India to 175 GW, equivalent to avoiding installation of 350 MW coal fired plants by 2022

The climate of change is dawning upon the global platform. The mega mandate with which Prime Minister Narendra Modi of India would begin his second term May 30, 2019, has potential to disrupt the decades-long global inertia to act on climate change, which has been recognised as the defining challenge of our times. However, defining actions have not been put in place yet to address it. That is poised for change.

The hype created by people like former US President Barack Obama and outgoing German Chancellor Angela Merkel and curtain calls in the corridors of United Nations climate meetings resulted in only theatrical applause. The concentration of carbon dioxide in the atmosphere has just crossed 415 ppm – a high never seen before in human history. That deserves no applause. A hot, flat and crowded world is waiting for transformation to happen. Modi’s re-election has offered the best hope for changing the climate of inaction.

Modi stands out amidst the miserable and frustrating political scenario dotted with the inaction of the world leaders on climate change. Many leaders harbour overly nationalistic motives, provoke inward looking trade barriers and, at the same time, upend the established climate science.

Deficit of political will has often been cited as the key reason for not taking decisive action against climate change fearing voters’ backlash. However, Modi’s re-election is poised to act as a catalyst for global change. Modi’s track record is strong testimony to the potential transformation that could emerge, along the lines of India’s Independence movement.

It is now well recognised that pledges by world leaders made under the Paris Climate Agreement in 2015 are inadequate to keep the temperature rise of 2 degrees C below pre-industrial levels. Climate change is running faster than us. Ambitious targets as dictated by science in the reports of the Intergovernmental Panel on Climate Change (IPCC) state that the world has to reduce its dependence on fossil fuels much more rapidly, phasing it out completely by 2050 to keep the temperature rise below 1.5 degrees C.

Modi, with his passion for making it happen, has the potential to convene like-minded world leaders to act to achieve the ambitious target of 1.5 degrees C.

Modi has been dubbed as ‘divider-in-chief’ by sections of Western media. Yes, indeed, he divides action from inaction. Years ago, when he was Chief Minister of one of India’s 29 states, he stated, referring to former US Vice President Al Gore’s famous narrative of climate change, ‘Inconvenient Truth’, that the “real test of the leadership is not only welcoming the ‘Inconvenient Truth’ but in devising, formulating and implementing a strategy that results in what I call decisive and timely convenient action to deal with this very truth”.

Within a year of his first term as Prime Minister, Modi raised the target of solar energy capacity in India to 175 GW (equivalent to avoiding installation of 350 MW coal fired plants) by 2022. Within the two years of his first term, he established, along with former French President Francois Hollande, an inter-governmental organisation called International Solar Alliance (ISA) to use nature’s power to address climate change. One hundred and twenty one countries are now part of the ISA, most of which are located partly or completely in the region between the tropics of Capricorn and Cancer, which receives maximum solar energy on the earth.

Before the UN coined the term ‘Agenda 2030 : Leaving no one behind'(in 2015), Modi had coined the equivalent but more stronger phrase ‘ Sabka Saath, Sabka Vikas’ (With all, development for all) which many leaders, from other countries, including John Kerry, former US Secretary of State, started reciting.

The 2018 Champion of Earth award was given by the UN jointly to PM Modi and French President Emmanuel Macron. UN Secretary General Antonio Guterres, while presenting award to Modi, said, “Prime Minister Modi understands the enormous benefits of climate action. Many other leaders also understand. The difference is that Prime Minister Modi not only understands, but that he acts with enormous energy to make this change. And this leadership is today more necessary than ever.”

While accepting the prestigious Seoul Peace Prize for 2018, Modi stated that India’s growth story is not only good for the people of India but also for the entire world. He also said that despite having a historically low carbon footprint, India has been playing an active role in the global fight against climate change.

“India, as a responsible member of the international community, has been in the forefront of our collective fight against climate change,” he added.

Modi then dedicated the award money of $200,000 to the ‘Namami Gange’ (Clean Ganga river) Project. That act of Modi got minimal visibility in the media in the heat of general elections but, on the world stage, Modi’s act was praised as his passion for the environment.

Modi was also conferred the Order of Zayed by the United Arab Emirates (UAE) and Order of St Andrew the Apostle, the highest order of the Russian Federation, both this year. Acceptance speeches of Modi at the award ceremonies would now acquire greater salience as India progresses under his leadership and, who knows, Modi might win the Nobel Peace Prize soon!

(The author is Chairman TERRE Policy Centre, former Director, UNEP. The article is in special arrangement with South Asia Monitor)