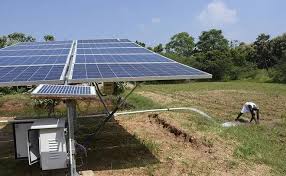 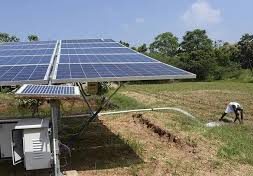 Kolhapur: Over 14,000 agriculture pumps across the district are still awaiting electricity restoration after the supply was disconnected earlier this year owing to incessant rainfall and floods.

According to Maharashtra State Electricity Development Corporation Limited (MSEDCL), they can restore electricity supply only if they get proper break from rain.

A press release issued by the state power utility said, “The number of consumers affected due to floods in the month of August was around 3.38 lakh. Supply to around 3.23 lakh consumers has been resumed as floodwater receded. However, for the remaining connections, especially agriculture pumps, continuous rainfall and muddy terrain near the river bank are proving to be a hindrance.”

The statement said that electricity supply to a total of 1,406 agriculture pumps is yet to be restored and farmers whose farms are far away from the river are demanding restoration of electricity at the earliest.

“If we get a break of at least 15 days from rain, resuming supply will become easier,” it added.

According to the statement, in many areas across the district, the electricity poles have been uprooted or have been washed away in the floods. Considering the current situation, the MSECL has appealed to the farmers to cooperate with them.

It should to be noted that the floods had caused an estimated loss of around Rs 49 crore and Rs 47 crore in Kolhapur and Sangli districts, respectively.

Over 6,000 transformers were affected due to the floods, while 42 sub-stations had to be shut down due to it.