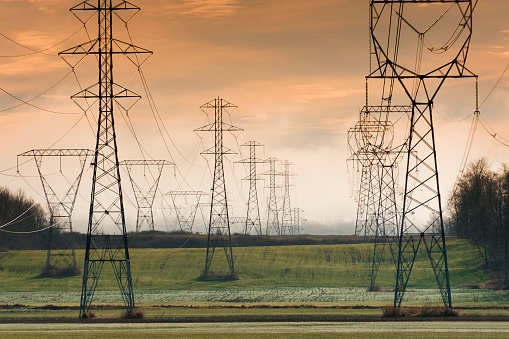 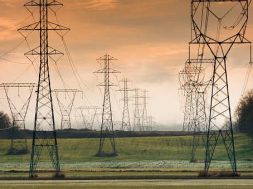 Globally, those living without electricity dropped to about 840 million in 2017 from 1 billion in 2016, said a report tracking progress towards a global goal on energy for 2030

BARCELONA: People are gaining access to electricity at a faster pace as governments ramp up efforts in India, Bangladesh, Myanmar and Kenya – but the prospects for many African countries remain gloomy, international agencies said on Wednesday.

Globally, those living without electricity dropped to about 840 million in 2017 from 1 billion in 2016, said a report tracking progress towards a global goal on energy for 2030.

That goal, set in 2015 as part of a broad push to end poverty and hunger, and to tackle climate change, aims to provide everyone on the planet with affordable green energy.

Yet without stepped-up action, 650 million people will still be left without access to electric power in 2030 – nine out of 10 of them living in sub-Saharan Africa, the report warned.

“I am particularly concerned by the dramatic lack of access to reliable, modern and sustainable energy in certain parts of the world, especially in sub-Saharan Africa, a region where we need to really concentrate our efforts,” said Fatih Birol, executive director of the International Energy Agency (IEA).

Across sub-Saharan Africa, only 44 per cent of people had access to electric power in 2017, compared with a global rate of 89 per cent.

Urban areas worldwide are far more connected, with 97 per cent of residents able to switch on the lights, compared with rural communities, where only 79 per cent can, although the gap is narrowing.

When the global target to provide sustainable energy for all was set, it pushed the issue up the political agenda in some developing states, said Vivien Foster, chief economist for infrastructure at the World Bank.

At the same time, the cost of solar power began dropping rapidly, giving a lift to off-grid solutions such as solar home systems, she told the Thomson Reuters Foundation.

As a result, the electrification trend started to accelerate – an additional 153 million people gained electric power yearly between 2015 and 2017, compared to an annual 122 million between 2010 and 2015.

But Foster said the advances remained patchy because some countries lacked political commitment as well as the policies and regulations needed to foster off-grid provision.

“It’s not that everyone is making progress – it’s that a few countries are going fast,” she said, adding that laggards such as Chad and Niger would need to catch up to keep global momentum going.

To connect the poorest and hardest-to-reach households, off-grid power – including solar lighting, solar home systems and, increasingly, mini grids – would be crucial, the report said.

Still, a basic level of electricity consumption remains unaffordable for the poorest 40 per cent of households in half of countries with low access, noted the report, produced by the IEA, the International Renewable Energy Agency, the U.N. Statistics Division, the World Bank and the World Health Organization (WHO).

The relatively high cost of electrical grid connections has put off potential customers in Africa, said Foster, with many who do get hooked up enduring poor service with regular outages.

The report also looked at progress on clean cooking – vital to improve the health of women and children by reducing indoor smoke – and predicted the 2030 target for universal access would likely be missed.

The share of the global population using cleaner cooking fuels and technologies, such as LPG and stoves that burn less wood or charcoal, rose to 61 per cent in 2017 from 57 per cent in 2010.

But as populations are growing each year, especially in sub-Saharan Africa, the number of people cooking with dirty fuels and methods was stagnant at close to 3 billion.