The European Investment Bank (EIB) has signed a €480 million loan agreement with LG Chem Wroclaw Energy, the Polish subsidiary of the LG Chem Group that was established to develop the group’s battery production facility in Europe. The financing will be used for the construction and operation of highly automated and innovative manufacturing facilities for advanced lithium-ion (li-ion) cells and batteries for battery-powered electric vehicles (BEVs). The EIB financing will cover around a third of the total project costs, estimated at €1.5 billion. The remainder will come from the company’s own resources and from other financing sources.

The additional manufacturing facilities will be located on the industrial site of LG Chem Wroclaw Energy in south-west Poland.

The EIB-backed project will have an annual production capacity of over 35 GWh, which can potentially power more than 500 000 zero-emission electric cars per year and therefore contribute to the transition from fossil fuel-powered internal combustion engine-based vehicles toward electromobility and sustainable transport.

Teresa Czerwinska, Vice-President of the European Investment Bank, who oversees operations in Poland, said: “This first EIB operation with LG Chem Wroclaw Energy is significant for many reasons. It helps Europe to build a critical mass in electric vehicle battery production at a pivotal time of electric vehicle commercialisation in Europe; it promotes a shift to electromobility and to a greener automotive industry; and it helps create new qualified jobs in an industrial region in transition to a new economic model. Today’s operation proves that with the right partners and the right projects in place we can combine cohesion objectives with innovation and strong climate action.”

Jeong Joon Ha, CFO of LG Chem Wroclaw Energy Sp. z o.o., said: “We would like to express our gratitude to the EIB team. The loan provides our company with the resources to create a competitive battery value chain in Europe and Poland. Furthermore, it enables the LG Chem Group to take the lead in terms of growth of the European battery market and community development.”

LG Chem’s increasing commitment in Europe and in Poland is expected to positively contribute to the development of the European electric vehicles battery market. This includes a potential expansion of the relevant supply chain and the accumulation of critical knowledge, particularly in the area of battery production technologies, creating an eco-system that will help develop innovative solutions for this emerging industry in Europe. The investment has already attracted over a dozen specialised component suppliers and service companies to set up shop in the region with a view to supplying LG Chem as well as other industrial players. Moreover, the company plans to further enhance existing cooperation programmes with the Technical University of Wroclaw for developing dedicated studies, internships and training. In parallel, the company will expand its technology centre in Wroclaw in order to further improve production processes and develop next generation batteries.

The implementation of the new investment programme will enable the company to ramp up its battery capacity output to ca. 65 GWh, making the Polish facility one of the largest lithium-ion cell factories in the world. Moreover, more than 1 800 jobs will be created at the Wroclaw site, taking the total workforce up to more than 6 000 full-time employees by end-2022.

LG Chem Wroclaw Energy is a fully-owned Poland-based subsidiary of LG Chem, incorporated in 2016. Since then, the company launched its first manufacturing plant producing lithium-ion batteries for use in electric vehicles and energy storage systems. In response to soaring demand from local customers, the company plans to build a fully integrated production system that will make all battery components from electrodes to cells, modules and packs for the first time in Europe. 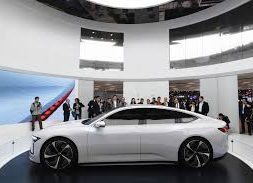 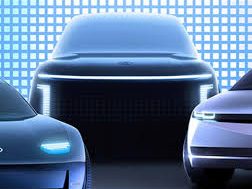 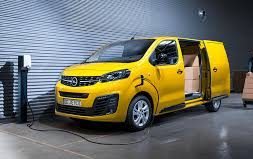