The SDAX-listed Hamburg-based solar and wind park operator Capital Stage continued to grow in the first nine months of 2016 in spite of the below-average wind levels compared to previous years. Thus, after the successful first half-year, the company remains on track to achieve its operating goals for the 2016 financial year. Against the background of the completed takeover of CHORUS Clean Energy AG, Capital Stage furthermore published an adjusted forecast for the operating result of the financial year 2016, which for the first time also comprises the expected result of CHORUS for the fourth quarter of 2016.

Adjusted guidance for 2016 including result of CHORUS

Following the takeover of more than 94 percent of the shares in CHORUS Clean Energy AG in October 2016, the latter will be fully consolidated in the consolidated financial statements of Capital Stage going forward. It will be fully consolidated for the first time in the fourth quarter of 2016, which in the field of renewable energies in general only has a minor contribution to revenues and earnings. Against this background, Capital Stage has adjusted its forecast for the operating result of the financial year 2016.

The above KPIs only mirror the company’s operating profitability and do not reflect any IFRS-related valuation effects. 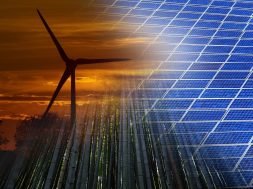