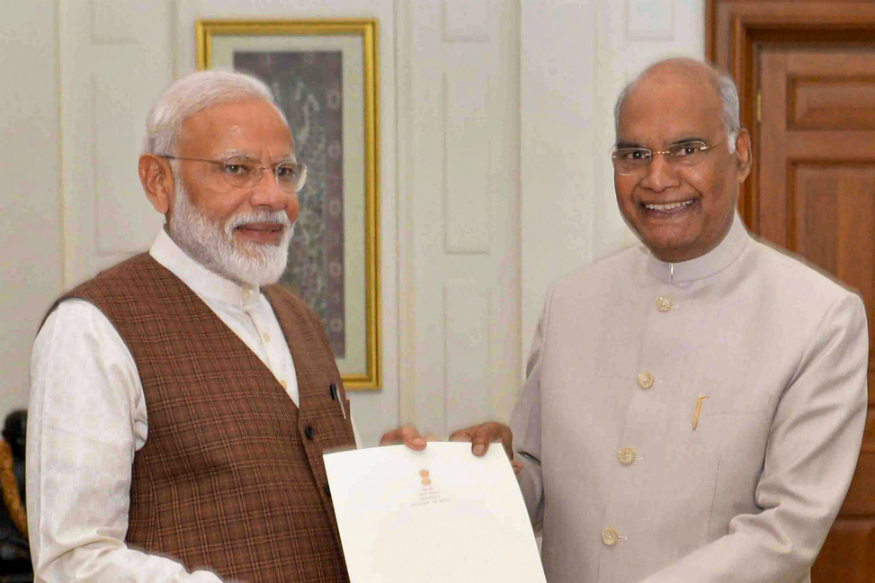 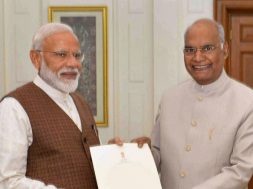 Addressing the joint sitting of both Houses of Parliament, President Ram Nath Kovind said massive work to create infrastructure is underway, and electric vehicles are being promoted to reduce pollution.

Terming infrastructure as pivotal in propelling prosperity and growth, President Ramnath Kovind Thursday said the government’s endeavour is to build 35,000 km of highways, besides expressways, by 2022 and to lay a strong foundation for urban infrastructure that will encourage employment generation. Addressing the joint sitting of both Houses of Parliament, the President said massive work to create infrastructure is underway, and electric vehicles (EVs) are being promoted to reduce pollution.

“Under the ‘Bharatmala Project’, construction or upgradation of about 35,000 kilometres of national highways is to be undertaken by 2022. In addition, under the ‘Sagarmala Project’, a network of good-quality roads is being constructed in coastal areas and areas adjoining ports,” he said. Along with the highways, the government is also working extensively in areas such as railways, airways and inland waterways. Under the Ude Desh ka Aam Naagrik (UDAN) scheme, air connectivity to smaller towns is being expanded rapidly, he said.

“On this path of a New India, infrastructure for the 21st century will be built and all resources for creation of a powerful India will be mobilised… Infrastructure will play an important role in ushering in a prosperous India,” he said.

The President said the current government’s continuous endeavour has been to build infrastructure in an eco-friendly manner. Along with concrete, greenery has been made an integral part of the highway and expressway projects. For supply of electricity, optimal utilisation of solar energy is being stressed, he said adding that household and industrial wastes are also being used in road construction.

The President said that in the 21st-century economy, the pace and spread of urbanisation will continue to increase and there is a need to develop urban infrastructure. He said urban transport infrastructure is being created to cater to the current and future requirements. “My government is developing a transport system, which is not only fast and safe but is also environment-friendly. For this, special emphasis is given to public transport. Metro rail network is being expanded rapidly in several cities. The facility of ‘one nation, one card’ has been launched to realise the dream of seamless mobility,” he said.

The network of electric charging stations is also being expanded rapidly for EVs, he said. “Development of urban infrastructure in cities and suburbs will pave the way for economic progress and enhance employment opportunities. My government is tirelessly working for a modern India, by providing world-class infrastructure and public amenities in villages as well as cities,” he said.

Special emphasis is being accorded to improve connectivity in the northeastern region, hilly and tribal areas, he said and added that in addition to increasing the ease of living of citizens in the region, tourism, agriculture and other allied sectors will also benefit from better connectivity. Effective steps are being taken to expand organic farming in the country’s northeastern region. The President said modern amenities such as gas-grid and I-ways are being developed at a rapid pace. Piped natural gas-based domestic fuel and compressed natural gas-based transportation systems are being developed.

He said that the government is according to a special emphasis on the production of bio-fuel. Before 2014, about 67 crore litres of ethanol was being blended. This year, he said the government has set a target of about 270 crore litres for ethanol blending.