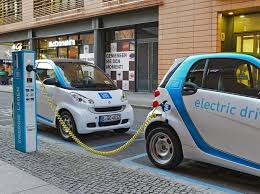 The Centre’s decision to invite proposals for setting up and operating electric vehicle (EV) charging infrastructure across 18 major highways may be a move to promote such installations but whether such a business is independently viable is yet to be established.

A senior executive in one of the auto fuel retailing companies said setting up e-charging stations independently was not viable at this juncture and battery swapping with standardisation was a better option.

While those considering foray into the e-charging business feel that the number of EVs running on the road do not provide adequate numbers to put up charging stations, the manufacturers see lack of such stations as a dampener for sale of these low-emission automobiles. “The market in one of the biggest EV market Delhi, for instance, is still dominated by low-end e-rickshaws and cluster buses that are not keen on charging at such stations,” said the executive quoted above.

Though the state and city governments have made provisions of charging points mandatory in new buildings, it is currently only public sector companies, such as the NTPC and Energy Efficiency Services (EESL), and those running EV service that have put up charging infrastructure.

Private sector companies, such as Tata Power, are also in the business but have so far confined themselves to provide EV charging facilities at their group outlets. Tata Power, which retails power in one licence area in Delhi, had signed an agreement for putting up charging points at Indraprastha Gas (IGL) outlets but the tie-up remained confined to one outlet. This, too, did not succeed.

Reliance Industries (RIL), which had declared its plan to branch out into sustainable energy solutions, including e-charging and batteries, three years back in partnership with global giant BP, has not even taken baby steps in this direction. For them, this business is more an attempt to branch out into the business of sustainability than establishing it as an actual profitable vertical.

It is the EV producers and users that are taking the initiative to set up charging infrastructure. Tata Motors, for instance, through Tata Power’s EZ Charge is ensuring that the buyers of its EVs get charging facilities. Both Tata Motors and MG Motor even help their customers put up compatible charging points at home.

There are also those like EV ride-hailing service provider BluSmart, which has 160 fast-charging points across six operational hubs in Gurugram and Delhi. This, its co-founder Punit Goyal said, was the highest number of fast-charging stations any company has in India. “It provides dedicated and seamless charging for BluSmart’s fleet of 366 electric cars across Delhi and Gurugram.

BluSmart Charge will scale to 250 fast-charging stations by December as two more hubs are under construction by then. This will be further scaled to over 500 in 2021, across Gurugram, Delhi, and Noida,” said Goyal. Each BluSmart EV Charging Hub has a capacity of 150 to 250 electric cars to charge.

Private sector interest is, however, more visible on the technology side. Multinationals such as ABB, Fortum, and Schneider are providing technology for e-charging stations. These are Cloud-based technologies that link apps to charging points, giving consumers an idea about availability of free spots.

Technology is also the space where state-owned Bharat Heavy Electricals is trying to gain a foothold. In March 2019, it announced the setting up of the first solar-based electric vehicle charger at Sonipat on the Delhi-Chandigarh Highway.