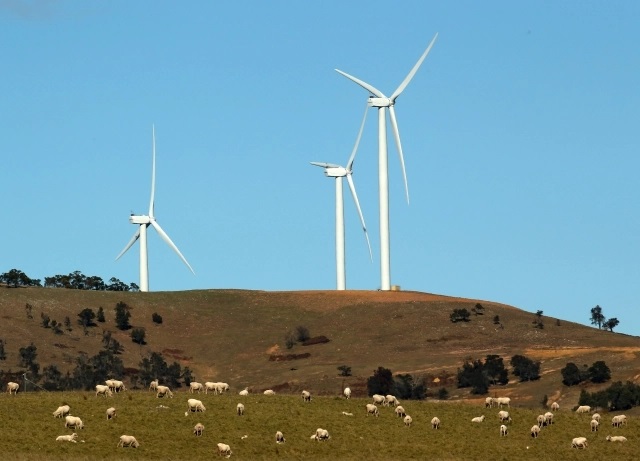 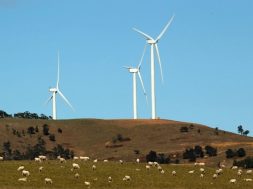 Wind projects have been delayed by problems obtaining land to build the projects and gaining access to the power grid.

But about half of the more than one gigawatt of capacity awarded in the country’s first auctions in 2017 are incomplete, almost five months after their commissioning deadline, according to JN Swain, managing director at state-owned Solar Energy Corp. of India, the agency tasked with implementing the country’s renewable energy targets.

The South Asian nation has awarded some of the world’s lowest green energy tariffs and became the biggest auctioneer of solar and wind capacity last year, according to Bloomberg NEF. But the delays are a check on bringing to reality those rock-bottom power rates achieved via auction, the preferred method by Prime Minister Narendra Modi’s government to achieve its goal of installing 175 gigawatts of renewable capacity by 2022.

SECI has conducted a total of six rounds of wind auctions since 2017, awarding 8.4 gigawatts of capacity. A large chunk of that capacity auctioned over the last year may take longer than expected to get off the ground, just like the first projects, Swain said in an interview in New Delhi last week. 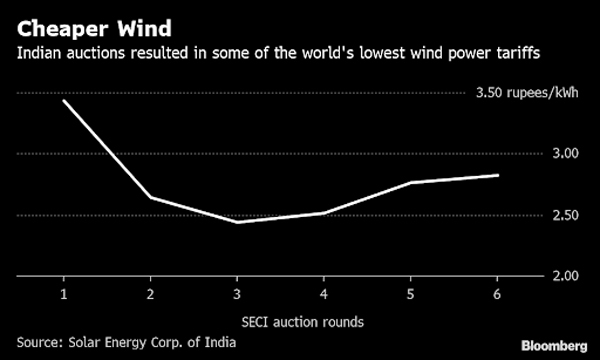 Wind projects have been delayed by problems obtaining land to build the projects and gaining access to the power grid, according to Swain. These issues have also held up other energy developments in India, such as nuclear power plants and oil refineries.

‘No Different’
“The issues faced by wind developers are no different from that faced in any other sector,” Swain said in a follow-up message. Those issues are “difficulties in aggregating land and getting right of way for transmission lines. The nature and scale is same for all sectors.”

Of the five companies winning a total capacity of 1,050 megawatts in the first auction, only a unit of Singapore-based Sembcorp Industries Ltd. has been able to commission its 250-megawatt project, according to SECI and the company. Other winners — including Mytrah Energy Ltd., ReNew Power Ltd. and turbine maker Inox Wind Ltd. — have struggled to start up, according to SECI.

India awarded projects in its first federal wind auction in 2017 at 3.46 rupees (5 U.S. cents) per kilowatt hour. Tariffs dropped to as low as a record 2.43 rupees in Gujarat state auctions later that year.

World’s Cheapest
According to BNEF analyst Atin Jain, the levelized tariff in SECI’s third and fourth auction, in February and April 2018, were near $20 per megawatt hour, the cheapest in the world and 6 percent below the levelized lowest bid in a recent Saudi Arabian auction.

Many wind power projects are being delayed because of transmission issues, according to Vinay Rustagi, managing director at renewable energy research firm Bridge to India. The time taken to set up adequate transmission capacity is about three to four years, while a solar or wind project can be built in less than two years.

SECI expects that 3 gigawatts of capacity, out of the 4 gigawatts awarded through the third and fourth auction rounds, will be delayed as developers are finding it difficult to secure land in Gujarat state, Swain said. ReNew Power and Mytrah Energy’s projects in the first round are also delayed because of land access issues, he said.

‘Lose-Lose’
“Land issues are a lose-lose situation for the entire wind ecosystem,” said D.V. Giri, secretary general of the Indian Wind Turbine Manufacturers Association, adding that delays cause power sale agreements between states and SECI to be violated and equipment inventory to pile up, hurting manufacturers. “Such a situation will not be viewed favorably by the global investor community.”

ReNew Power has commissioned 226 megawatts out of 250 megawatts it won, spokesman Pradeep Wadhwa said in an email. Approval to use land for the remaining capacity has been granted and construction has begun, he added.

Inox Wind, meanwhile, said its projects in the first round have not been commissioned because the central grid is not ready for it to connect. In addition to its own 250-megawatt project, it’s also building 50 megawatts of capacity won by Adani Green Energy Ltd., which didn’t respond to a request for comment.

“Inox Wind can’t do anything until the central grid is ready,” Devansh Jain, the company’s executive director, said during an earnings call earlier this month, adding the deadline for commissioning was Oct. 5. “So what does the deadline do? The deadline is of honestly no use.”