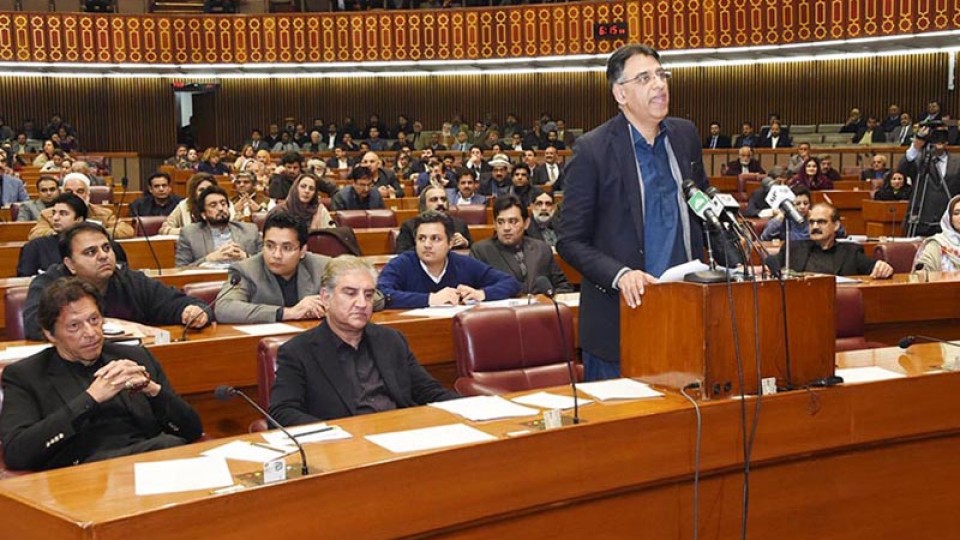 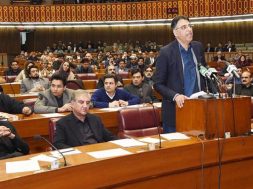 ISLAMABAD: Finance Minister Asad Umar unveiled a package of measures on Wednesday to boost exports and investment and help Islamabad address a severe balance of payments squeeze that has forced it to turn to the International Monetary Fund for help.

Announcing measures to cut red tape, lower taxes for small and medium-sized businesses and cutting taxes on imports of industrial raw materials, he said the government had to improve conditions for local businesses to bring its public finances under control.

“Until there is investment, the country’s economy cannot move forward,” he told parliament above the jeers of opposition lawmakers. “This is not a budget, it is a reform package.”

He said a full economic medium-term reform package would be presented next week.

With growth set to drop to around 4 percent this year from 5.8 percent last year, a yawning current account deficit and a fiscal deficit of almost 7 percent of gross domestic product, Pakistan faces heavy pressure to reform its economy.

Since coming to power in August, much of the government’s effort has focused on staving off a balance of payments crisis that has seen its foreign exchange reserves dwindle to cover only two months of import payments.

Pakistan has opened talks with the IMF and although there has so far been no agreement on the terms of what would be its 13th bailout since the 1980s, Prime Minister Imran Khan’s government has pledged reforms to bring down its current account deficit, which the IMF expects to reach 5.3 percent of GDP this year.

“We need to create an economy where this IMF programme will be Pakistan’s last,” Umar said.

Pakistan has invested great hopes in the China Pakistan Economic Corridor, part of the mammoth Belt and Road Initiative but it has had to absorb the impact of high imports of capital equipment the project has required.

In addition, strong demand for consumer products and energy costs in past years have pushed the current account deficit wider, leaving the government struggling to bring it back under control.

Umar said taxes on imported luxury cars would be raised, while local manufacturers would be helped by a cut in import duty on imported raw materials and on machinery imported into special economic zones.

Customs duty would also be cut on equipment for renewable energy generations for five years, in a bid to ease a chronic energy crisis that has left Pakistani businesses and households suffering repeated power outages and gas supply interruptions.

In addition, a series of tax measures would be introduced to help the local stock market, with a removal of withholding tax and measures to allow capital losses to be carried over from one year to the next.