Over 28,000 govt schools in UP still without power connections

Public sector investors plan to raise exposure to real estate, infrastructure, green bonds and renewables over the coming year, while cutting holdings of low-yielding government bonds, an annual survey showed on Monday. The Official Monetary and Financial Institutions Forum (OMFIF) polled chief investment officers and reserve managers at 31 public sector institutions with combined assets under management of $4.21 trillion. With low or even negative returns from fixed income, and volatility in equity markets, there is growing appetite for illiquid assets that deliver steady, predictable returns. Some 24 percent of respondents plan to increase their real estate holdings in the next 12 months, and 37 percent want to boost infrastructure, the survey showed. Private equity also remains in favour, with 23 percent wanting to raise allocations.

Meanwhile 26 percent plan to cut their developed market government bond allocation, while higher yielding corporate credit and emerging market bonds are growing in popularity. Some 15.4 percent of the survey respondents cited low returns as one of their biggest concerns, just behind geopolitical risk, cited by 16.2 percent of respondents. Worries over a new crisis in the European Union and Brexit, and concerns about Donald Trump’s presidency and a backlash against trade liberalisation also featured prominently. The survey noted a growing interest in the green economy, with 38 percent planning to buy more green bonds, and 35 percent wanting to boost their exposure to renewables. “The most enthusiastic investors in these assets are central banks and pension funds from North America and Europe,” OMFIF said, adding this was one way for investors to achieve adequate returns while meeting low carbon requirements. The survey was published as part of OMFIF’s annual report and ranking, which covers 750 public investors such as central banks, sovereign funds and public pension funds.

Total assets under management rose to $33.5 trillion at end-2016, up 1.4 percent from 2015, helped by the improving global economy. Pressures facing commodity exporters also abated after oil prices rose off January 2016 lows. Asset growth was driven by pension funds, up $435 billion, and sovereign funds, up $143 billion. Central bank assets declined by $103 billion. The People’s Bank of China remained the world’s biggest asset holder, despite a year-on-year decline of 9 percent, or $307 billion, to $3.097 trillion. The Saudi Arabian Monetary Authority was dislodged from the top 10, falling to 11th place after using $76.3 billion in foreign reserves in 2016, leaving it with $539 billion. It was replaced in the top 10 by the Federal Employees Retirement System of the United States, which has almost $558 million. The Swiss National Bank, ranked seventh, managed a $76 billion rise in assets, caused by intervention to hold down the Swiss franc and strong equity returns. Conversely, the Revenue Regulation Fund of Algeria suffered the largest fall of any sovereign fund, drawing down $42.4 billion, or 85 percent of assets, to fill large holes in the national budget. OMFIF said the fall in the price of oil and gas, which make up around 95 percent of the country’s export receipts, had resulted in a 90 percent fall in assets since end-2014.

The central banks of Russia, China and Kazakhstan led the buying, whilst Turkey, Venezuela and Azerbaijan saw the biggest declines. Germany remains the second largest holder of gold after the United States. 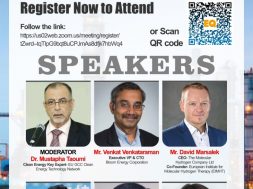 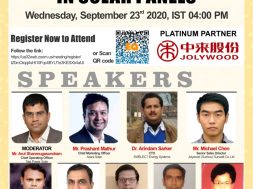