“The quarter played out largely as we had anticipated and was marked by solid growth in the downstream project pipeline, margin improvement, and in-line revenue performance. Despite somewhat negative sentiment in the solar industry during the quarter, we are executing on our strategy to remain a global leader across the solar value chain. We are profitable, with over 700 MW of project pipeline in various development stages, and a flourishing business in LED distribution.  Our first quarter results demonstrated the continuation of the successful execution of the new strategy unveiled last year,” commented Mr. Xianshou Li, ReneSola’s Chief Executive Officer.

Li continued, “As we look to the remainder of 2016, we will maintain our commitment to growing profitably, prudently managing our operations and building financial strength. We believe we are in a position to execute well and build a great foundation to increase shareholder value in 2016 and beyond.”

Revenue of $260.7 million was down 12.0% q/q and 25.3% y/y and in-line with guidance of $260-$270 million.  The revenue decline reflects lower module ASP and lower module shipments to external customers as the Company continues to scale back its OEM business and shift towards downstream project development.

Non-operating expenses of $6.1 million include net interest expense of $9.1 million and loss on derivative of $0.6 million, offset by foreign exchange gains of $2.9 million.

Since disclosing its strategic shift to solar power project development at the start of 2015, the Company has focused its efforts on developing, operating and selling high-quality solar power projects. Activity is centered on building a pipeline of distributed generation and utility-scale projects in attractive geographies worldwide.

The Company sold two projects in Bulgaria in the first quarter of 2016, representing a total of 9.7 MW of generating capacity. Because these projects were recognized as long-term assets on the balance sheet since the end of 2013, the sale was booked as disposal of assets and the gain on sale was included in operating income. The purchase included cash payment of $5.1 millionand the assumption of project debt.  The structure of the transaction reflects the Company’s continued focus to reduce debt and monetize projects assets.

After the sale of projects in Bulgaria, the Company currently owns and operates two solar power projects it developed in earlier years. While the Company expects the projects to produce a steady stream of recurring revenue, the Company is holding its operating assets for eventual sale.

The company currently has 785.3 MW of projects in various stages of development. The geographic distribution of projects is outlined in the table below.

The Company continues to fully utilize its capacity to provide high quality products at lower cost to select customers.  The Company considers its competitive advantages to be improving conversion efficiency and supply chain management.

The energy efficiency market is a large and growing market, and LED lighting is a critical element.  A key strategic focus of the Company is to grow its share in the high-growth LED market by utilizing its world-wide distribution channels.

For full year 2016, the Company continues to expect revenue in the range of $1.0 to $1.2 billion.  The revenue outlook reflects continued scale-back of OEM module production from external sales and shift toward downstream solar energy project development to pursue higher profitability.

Dial-in details for the earnings conference call are as follows:

Please dial in 10 minutes before the call is scheduled to begin and provide the passcode to join the call. The passcode is 7893729.

A replay of the conference call may be accessed by phone at the following numbers until May 31, 2016.  To access the replay, please again reference the conference passcode 7893729. 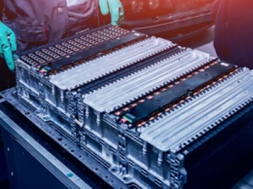 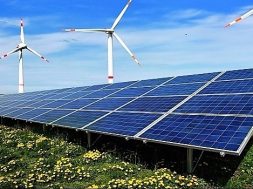 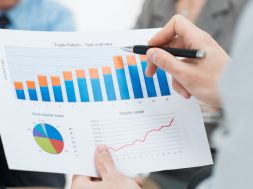