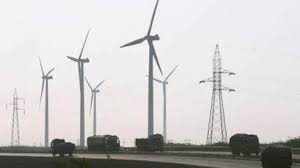 The wind farms will reportedly be sold as a single entity, which is expected to be 100 percent owned by Ayana Renewable

Renew Power has almost finalised a deal to sell some of its wind farms in Karnataka. It may sell the wind farms to Ayana Renewable for Rs 1,500 crore, The Economic Times reported.

The wind farms will be sold as a single entity, which is expected to be 100 percent owned by Ayana Renewable, the report said.

Moneycontrol could not independently verify the report.

“The negotiations are in final stages and would result in the transfer of around 300 megawatts (MW) of wind power generation facilities for which supply agreements with state electricity boards are in place,” a source told the publication.

The transaction will help Renew Power lower its debt and raise cash to clear its other financial obligations such as redemption of bonds to overseas investors, the report added.

In Karnataka, the company wind farms are situated at four districts: Raichur, Bijapur, Belgaum and Bellary. Not all ReNew Power wind farms in Karnataka will be included in the deal.

“The cost of refinancing upcoming debt obligations could be quite high. It makes sense to pay off creditors,” a source told the paper.

Renew Power is also considering selling some other parts of its portfolio to monetise its ‘mature’ assets, the report said.