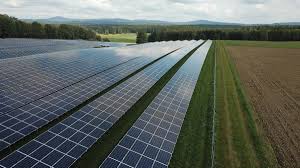 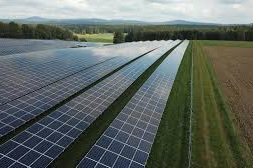 Gurugram, Haryana, India: ReNew Power, India’s largest renewable energy company was declared winner of India’s first e-Reverse Auction for 400 MW RE (Renewable Energy) Project with round the clock supply. Renew Power won the bid on a first year tariff of ₹ 2.90/kWh with a 3% annual escalation for the first 15 years of the 25-year term of the Power Purchase Agreement (PPA). The bidding was conducted by Solar Energy Corporation of India (SECI) a Central PSU under Ministry of New and Renewable Energy (MNRE).

The power generated by the project will be supplied to New Delhi Municipal Corporation (NDMC), Daman and Diu & Dadra and Nagar Haveli. The tender conditions require the project to be commissioned within 24 months from the signing of PPA.

Under the terms of agreement ReNew Power will have to ensure that it operates and maintains with 80% Capacity utilization annually and 70% PLF every month to the buying Discoms throughout the tenor of the PPA. A normal renewable energy project in India operates with the capacity utilization rate of 30-40% depending upon the choice of technology and resource availability.

Speaking about the historic win, Sumant Sinha, Chairman and Managing Director, ReNew Power, said, “The tariff rate, the need for round the clock supply, 80% annual CUF and 100% power from renewable sources made this one of the most unique tenders of the Indian renewable energy sector. By winning this tender, ReNew has set a new benchmark for providing stable power through clean energy sources.”

ReNew had also emerged as one of the winners in the world’s largest renewable-cum-energy storage tender held by SECI earlier this year.

About ReNew Power – ReNew Power Private Limited is India’s largest renewable energy IPP (Independent Power Producer) in terms of total energy generation capacity. It generates over 5 GW of energy through solar and wind assets and has another 3.4 GW under various stages of development throughout the country. ReNew develops, builds, owns and operates utility scale wind and solar energy projects as well as distributed solar energy projects that generate energy for commercial and industrial customers. ReNew has a strong track record of organic and inorganic growth having nearly doubled its operational capacity between FY 2015-2018. ReNew’s broad base of equity investors include Goldman Sachs, JERA, ADIA, CPPIB, and GEF SACEF India.