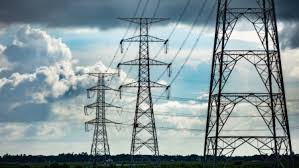 The government’s plan to switch to liquefied natural gas from coal for power generation would continue to put people and the environment in harm’s way, said Centre for Policy Dialogue said on Monday.

It said that Bangladesh should go for renewable energy like solar power as the declining global interest in coal-fired power plants finally offered the country opportunity to redirect power sector towards clean energy from fossil fuel.

It appreciated the power ministry’s recent move seeking prime minister’s approval to ‘abandon’ coal-based power plants, but it expressed disappointment over the proposal of replacing them with LNG.

‘It is important to note that the initiative of replacing coal with LNG in power generation will be just shifting from using one form of fossil-fuel to another form,’ said CPD research director Khondaker Golam Moazzem at a webinar on ‘abandoning coal in power generation: government initiatives and way forward’.

Moazzem, in his keynote paper, said that LNG in no way was an alternative to coal as environmental damage caused by it was almost equal to coal and power generated from LNG plants would be as costly.

The keynote paper showed that Bangladesh already had nearly 40 per cent overcapacity in electricity generation and the country did not need to rush to select an alternative energy source for power generation.

The country rather could use the money saved from abandoning coal-based plants to switch to renewable energy for power generation.

It estimated that if the government had stopped investing in coal-based plants after June this year, it could save Tk 20,535 crore.

Another $3.3 billion would be saved as the country would not need to import coal if the power plants were scrapped, said the CPD study.

The power ministry plans to generate 4,495MW from LNG-based power plants by 2025 in a bid to replace coal.

The CPD said that if the abandoned lands for coal were used for solar-based power plants, total solar energy-based power generation would reach 6,331MW, 10.6 per cent of total generation by 2041.

But in the proposed change in the power generation plan of the ministry, the scope of exploring renewable energy sources is completely missing, it said.

By 2041, the government plans to source only over 2 per cent of power from renewable energy.

The CPD also urged the government to revise its projection about power demand for there was a gap of 15 per cent between the projected maximum and actual demand in 2019.

If the gap exists in post COVID-19 times the overcapacity may cross 50 per cent, said the CPD keynote paper.

Bangladesh currently has two coal-based power plants in operation and 22 others under implementation with some of them 50 per cent completed.