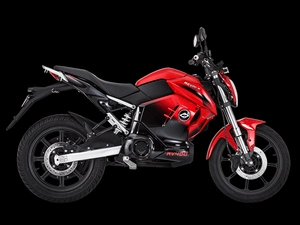 Electric vehicle maker Revolt Motors on Thursday said it has reduced the price of its electric bike RV400 by Rs 28,201 to Rs 90,799 in the wake of the recent changes in the FAME II policy. The bike was tagged at Rs 1,19,000 in Delhi earlier.

The bike comes with various features like three riding modes – Eco, Normal and Sport – each suiting to the riding style and needs of the driver.

Last week, the government made a partial modification in Faster Adoption and Manufacturing of Electric Vehicles in India Phase II (FAME India Phase II), including increasing the demand incentive for electric two-wheelers to Rs 15,000 per kWh from the earlier uniform subsidy of Rs 10,000 per KWh for all EVs, including plug-in hybrids and strong hybrids except buses.

In the latest modification, the department of heavy industries also capped incentives for electric two-wheelers at 40 per cent of the cost of vehicles, up from 20 per cent earlier.

Following the development, various companies like TVS Motor and Okinawa have slashed the prices of their electric two-wheeler brands.

TVS Motor Company NSE -0.05 % has announced a reduction in the price of its iQube Electric scooter by Rs 11,250, while Okinawa Autotech has slashed prices of its entire product portfolio, ranging between Rs 7,209 and Rs 17,892.