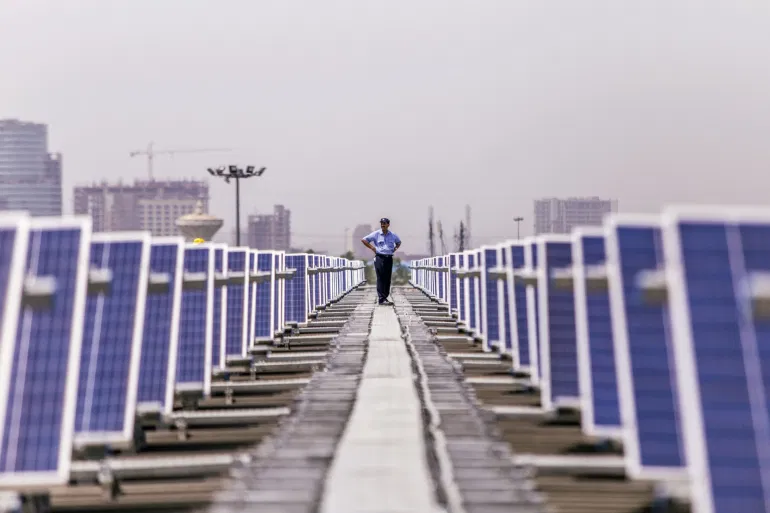 Rising Prices of Solar Modules Could Disrupt the Sector 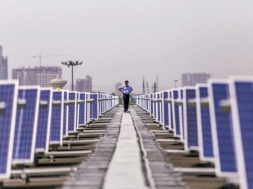 Rising Prices of Solar Modules Could Disrupt the Sector

After a 90-percent drop over the past decade, solar module prices rose 18 percent the past year as raw material prices went up.

A key selling point that made solar energy the fastest-growing power source in the world—rapidly decreasing costs—has hit a speed bump.

Solar module prices have risen 18% since the start of the year after falling by 90% over the previous decade. The reversal, fueled by a quadrupling in the cost of the key raw material polysilicon, threatens to delay projects and slow uptake of solar power just as several major governments are finally throwing their weight behind it in an effort to slow climate change.

“The disruption to solar hasn’t been this bad in more than a decade,” said Jenny Chase, lead solar analyst with clean energy research group BloombergNEF.

“Developers and governments are going to have to stop expecting solar to get much cheaper quickly.” BNEF slightly lowered its forecast for solar buildout this year in a report last week, citing rising prices of materials including polysilicon as one reason. 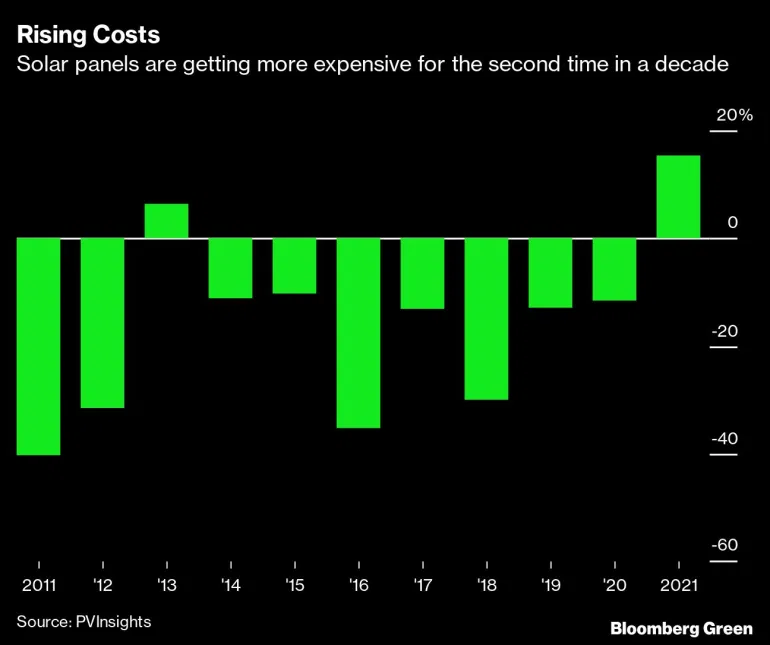 Higher prices are affecting demand and may delay some large-scale projects, panel-maker Canadian Solar Inc. said on an earnings call on Thursday. In India, about 10 gigawatts of projects may be impacted, equivalent to more than a quarter of the country’s current capacity, Mint reported, citing unnamed developers. Large-scale projects in the U.S. could also get postponed, analysts at Cowen & Co. said.

Projects that haven’t signed price agreements with utilities that buy the power might get delayed unless the customer is willing to pay a higher rate for the electricity, according to Xiaojing Sun, an analyst at Wood Mackenzie Ltd.

For the solar industry, the timing couldn’t be worse. Renewable energy finally has a champion in the White House and ambitious climate goals have been announced across Europe and Asia.

At the center of the crisis is polysilicon, an ultra-refined form of silicon, one of the most abundant materials on Earth that’s commonly found in beach sand.

As the solar industry geared up to meet an expected surge in demand for modules, makers of polysilicon were unable to keep up. Prices for the purified metalloid have touched $25.88 a kilogram, from $6.19 less than a year ago, according to PVInsights.

Polysilicon prices are expected to remain strong through the end of 2022, according to Roth Capital Partners analysts including Philip Shen.

Solar panels are made from sand that’s heated and purified to ingots of ultra-conductive polysilicon that are sliced into razor-thin wafers, wired up into cells and then assembled into the panels that mount rooftops and cover vast fields.

Prices for steel, aluminum, and copper are also up, as are freight charges. Solar-microinverter supplier Enphase Energy Inc., said it expects its shipment volumes to be constrained by semiconductor-component availability.

“Downstream of polysilicon, it’s very painful,” Canadian Solar Vice President Xiong Haibo said at a conference in China, according to industry publication Solarbe. “At present, none of the downstream companies are profitable and all of them are reducing production.” 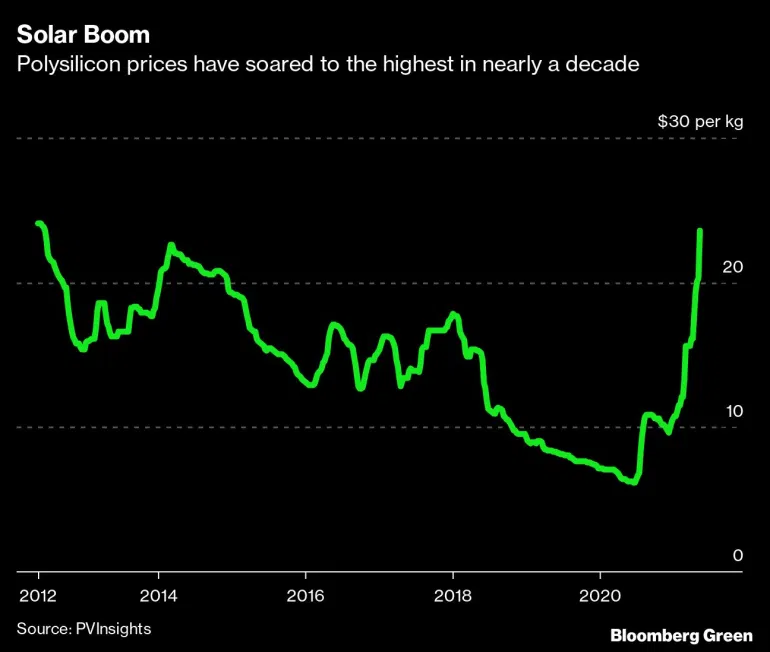 Still, the hiatus in the long-term downward trend in costs is partly offset by a continual improvement in the efficiency of solar panels, said Nitin Apte, chief executive officer of Vena Energy Pte., a leading independent renewable power operator in Asia-Pacific. The company isn’t planning any delays this year at its solar projects across Japan, Taiwan, Australia and India.

“I see this as a short term situation, and a few projects might see that eat into our contingencies,” Nitin said in an interview at his office in Singapore. “We’re not slowing down construction. We’re locking down orders at the best prices we can get.”

Longer-term, the shortages are spurring construction of new polysilicon factories, including an announcement this month of what would be the largest facility in the world in China.

“One would expect that any material that has the kind of growth that polysilicon has had will continue to have capacity injected into the system,” Vena’s Nitin said. “The challenge is timing that capacity perfectly to the growth.”