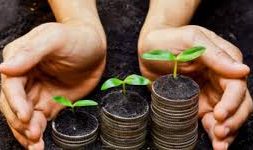 Timely transition from a fossil fuel-based economy to a clean energy one remains a defining challenge for our generation, both in terms of speed and vector of the change

ince 1970s, Indian laws and policies have provided for environment protection in furtherance of our constitutional principles. Indian jurisprudence in this sphere is acknowledged for its progressive advocacy. The journey from environment protection to a more holistic sustainable development was a quantum leap which remains in virtually all its dimensions a work-in-progress ‘emerging reality’ in India as also globally.

The concept of “sustainable development” as coined by the Brundtland Report (1987) became the foundation for the United Nations Conference on Environment and Development in 1992. It culminated in the United Nations Framework Convention on Climate Change (UNFCCC). India as a signatory to the UNFCCC adopted the Paris agreement in December 2015 with 194 other countries. A more holistic appreciation of the threat of irreversible climate change and need for clean energy to mitigate that risk is more recent in origin. Recent weeks have seen the climate issue gaining renewed impetus after the impassioned call for action delivered by young Greta Thunberg at the recently concluded United Nation General Secretary’s Climate Action Summit. A crisis lurking upon us could not have been emphasised more than the air emergency that North India is reeling under today.

Effective, timely and viable transition from a fossil fuel-based economy to a clean energy one remains a defining challenge for our generation — both in terms of speed and vector of the change. We are witnessing deeper interaction between the conventional “twain” of environment and energy influencing each other through stronger feedback loops and converging at some level. In this context, India has adopted targets for 2030, that is, 35 per cent reduction in emissions intensity of its gross domestic product from 2005 levels with 40 per cent cumulative installed capacity based on non-fossil fuel energy sources and installing 175 gigawatt (GW) of renewable energy capacity by 2022. Let us examine how things seem to be shaping up on the legal policy regulatory front.

The Indian Electricity Act, 2003, in its objectives and substantive provisions has made promotion of renewable energy an explicit obligation of the regulatory institutions and the distribution utilities. This has been reinforced by the National Electricity Policy 2005, and the Tariff Policy 2006, as also other policy and regulatory measures. We have seen institutional support to solar generation — including the Jawaharlal Nehru National Solar Mission, the International Solar Alliance and the central government’s procurement of power through the Solar Energy Corporation of India; green energy incentives — feed-in tariffs, tradable Renewable Energy Certificates with a market mechanism; the ‘must-run’ status for renewable energy granted under the Indian Electricity Grid Code with a national smart grid mission and the green energy corridor; and the Renewable Purchase Obligations cast upon each distribution utility.

We are witnessing transformative changes take root, driven by disruptive technological innovations. The externality of emissions and need to reduce the same has led to significant initiatives including the promotion of hybrid and electric vehicles; facilitating provision of charging facility of electric vehicle without need for licensing and with other incentives; stricter mandatory emission norms being imposed on thermal generating stations as also on transportation of coal over long distances. There is a steadily rising share of renewables in the energy mix with big behemoth generating plants fuelled by fossil fuel giving way to renewable energy, distributed energy and local grids. However, this metamorphosis will not fructify without its share of transition challenges re-substituting some existing stakeholders with new ones. If not managed sensibly this could pose significant barriers and pain. Some challenges arise due to our inability to price the deleterious externalities of ‘black’ electrons and value the replacement by ‘green’ ones.

To facilitate the transition, the legal policy regulatory framework embeds certain drivers to promote renewable energy as recounted above. While significant success has been achieved in inducing investment in renewable energy, India has witnessed a slowdown in the last year or so on account of certain structural distortions in the power sector which must be addressed with a sense of urgency. There is a fundamental lack of viability in the tariff structures in place and the balance sheets of state-owned discoms. States have refused to address the problem of unsustainable levels of tariff with per unit revenue shortfall of over one rupee without factoring in the high levels of subsidies. With competitive political economy at play, instead of meeting their universal service obligations, states and their discoms prefer to resort to shortages and reneging from their contractual obligations owed to renewable energy plants and the investors. As a consequence, in spite of having competitively procured investment of renewable energy plants, several state utilities are refusing to sign power purchase agreements (PPAs) while demanding untenable reduction in competitively discovered tariff.

Significant hurdles remain even after the PPA has been signed — like delays in grant of approvals, difficulties in obtaining right of way, and land, etc, putting stress on the construction and commissioning phase. Once completed, there is invariably a delay in grant of connectivity for the generating plants to demonstrate capacity and evacuate power. Often verbal instructions to shut down the unit are issued though the law gives renewable energy plants a “must-run” status which can be asked to shut down only if and when the grid is facing safety concern. Such means are adopted to avoid purchase of renewable energy as also payment of deemed generation when a plant which is available is being asked to shut down. Even in situations where power is being evacuated, the discoms have been making ad-hoc deductions and paying part of the PPA tariff after long delays while demanding reopening of PPAs. Recent changes in law now permit utilisation of CSR funds to finance R&D. This opportunity may be pursued to incubate scalable models of sustainable renewable energy systems.

One structural challenge is viable financing of renewable energy assets with shorter life — 15 to 20 years for renewables as against 30 to 50 years for conventional power — that operate at an availability factor ranging from 22 per cent to 33 per cent in contrast to 85 per cent to 95 per cent. There is a need for creative financing with lower interest rates and better asset life-debt tenure match. It remains a mystery as to why are foreign pension and insurance funds willing to take ‘India risk’ in renewables, but Indian policymakers and regulators are unwilling to allocate a part of the corpus to the same.

Time is upon our generation to bite the bullet to take up fundamental structural reforms addressing these issues lest the “green horizon” be squandered — an oasis sacrificed on the anvil of political expediency. If we don’t act with alacrity, our generation may go down as the last generation that had the opportunity to act and mitigate the threat of irreversible climate change but let down humanity.

About Amit Kapur
Amit Kapur is a Senior Partner with J Sagar Associates since 2000. He serves on the firms Executive Committee and has anchored the firms Infrastructure practice since 1997. He presently chairs the Regulatory & Policy Practice (including Public Procurement and PPP). 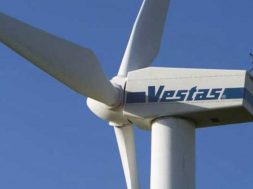