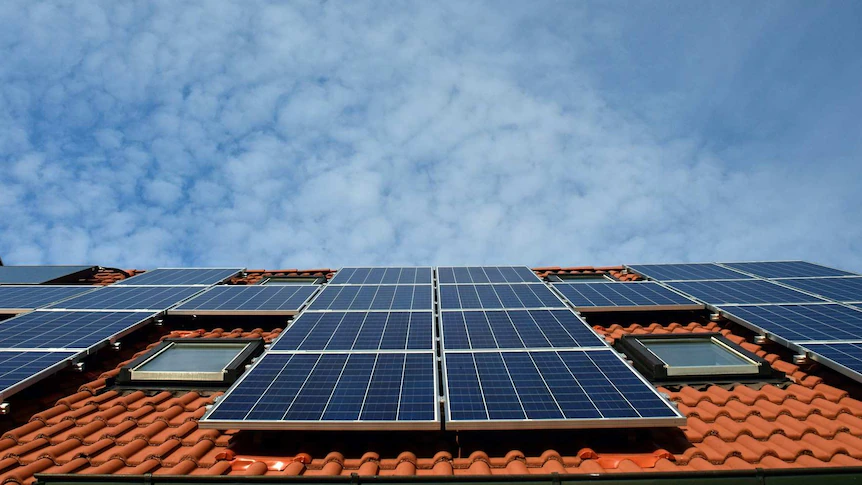 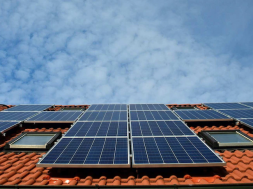 Felix MacNeill installed solar panels on the roof of his Canberra home in 2014 — he’s never looked back.”It effectively means we’ve got no electricity bills — I think we’re even turning a very small profit,” Mr MacNeill said.”If you’re lucky enough to own a roof, why wouldn’t you put some solar panels on it?

“You’re reducing your emissions, you’re supplying clean energy into the system and you don’t lose money on it.”When he was purchasing his panels, Mr MacNeill gave little thought to what he would do with them when it came time to upgrade.”At the time, not a hell of a lot. But if they can last close to 30 years, they might well outlive me,” he admitted.

Most solar panels end up in landfill.

Australia has one of the highest uptakes of rooftop solar in the world, with almost 3 million homes now using solar panel power.The surge for solar began around 2010, and has risen quickly and sharply.The lifespan of a solar panel can be anywhere from 10 to 25 years, so that means the number of panels nearing the end of their lives is about to grow exponentially. 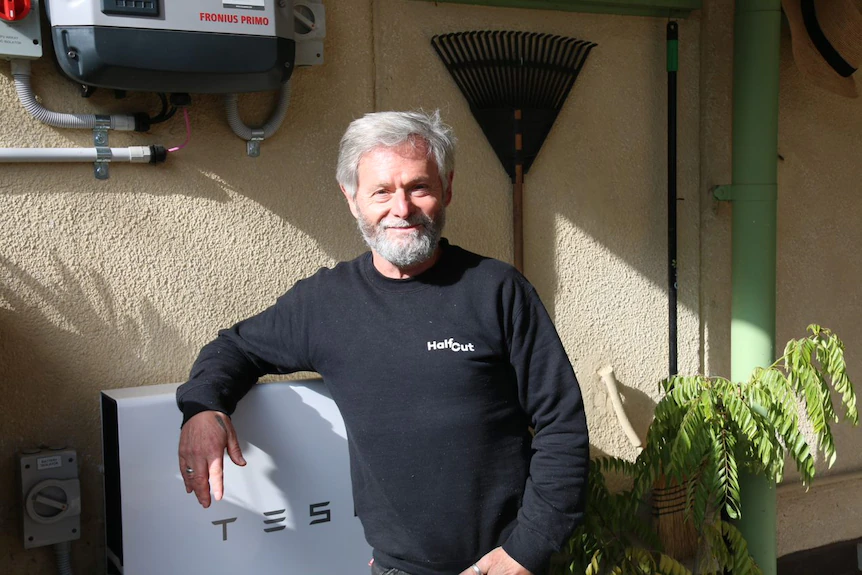 Small-scale photovoltaic installations as of April 30, 2021:

Currently, almost all broken or expired solar panels go into landfill and experts have been warning for some time that more than 100,000 tonnes of modules will end up there by 2035.

Clive Fleming runs one of only a few solar panel recycling plants in Australia, Reclaim PV in Adelaide.

“We operate Australia-wide and we do our services through collection, whether it’s a drop-off point or we can pick it up from any site around Australia,” Mr Fleming said.

The service is open to manufacturers, installers, retailers, solar farm operators and homeowners, and the cost to recycle one solar panel is roughly $10 plus freight to South Australia. 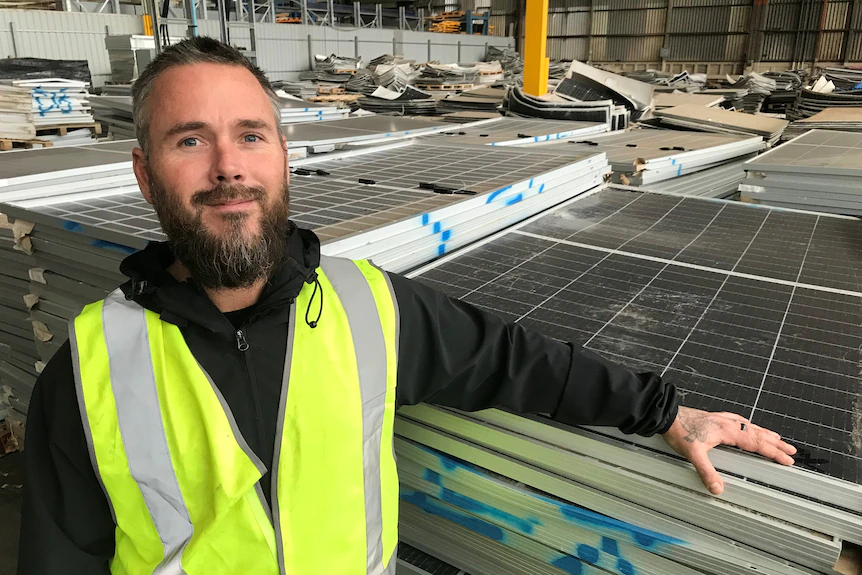 Demand is small-scale but strong, and coming mostly from manufacturers doing warranty claims and retailers who are helping an increasing number of households to upgrade their decade-old systems.

“Homeowners do come about and pay for their panels to be recycled as well,” Mr Fleming said.

“The biggest challenge is developing the network and making sure people know there’s actually a choice available to them other than landfill.”

Mr Fleming said what would help boost business and keep solar panels from landfill was if more Australian jurisdictions followed Victoria’s lead and banned them from being dumped.

Solar panels are 100 per cent recyclable but stripping and sorting the materials is a costly exercise and the return on those materials isn’t yet large enough to cover those costs.

“We do need to charge at the moment for the recycling because the amount of solar panels coming in isn’t huge,” he said.

“Until that tipping point comes where we can sell our materials in a larger volume, it means that we still have to charge for the process and our labour.”

Push for manufacturers to take responsibility.

University of New South Wales solar researcher Nathan Chang said environmentally, recycling solar panels made sense but it was not yet cost-effective for recyclers.And he said he feared that having to pay to recycle solar panels would be a significant barrier for many Australian households.

What makes more sense, according to Mr Chang, was to put the onus on manufacturers to make sure a solar panel was collected and recycled at the end of its life.”That’s the model used in Europe and I can see great benefit in it,” he said.

“Because what happens then is that they do charge a little bit more for the solar panel upfront to cover the cost — so the customer does end up paying for it — but the companies themselves can organise at a large scale the best way to manage this waste and make sure it happens.

“It also opens the possibility that companies would start to think how they could design modules in such a way that they’re really cheap and effective to recycle.” 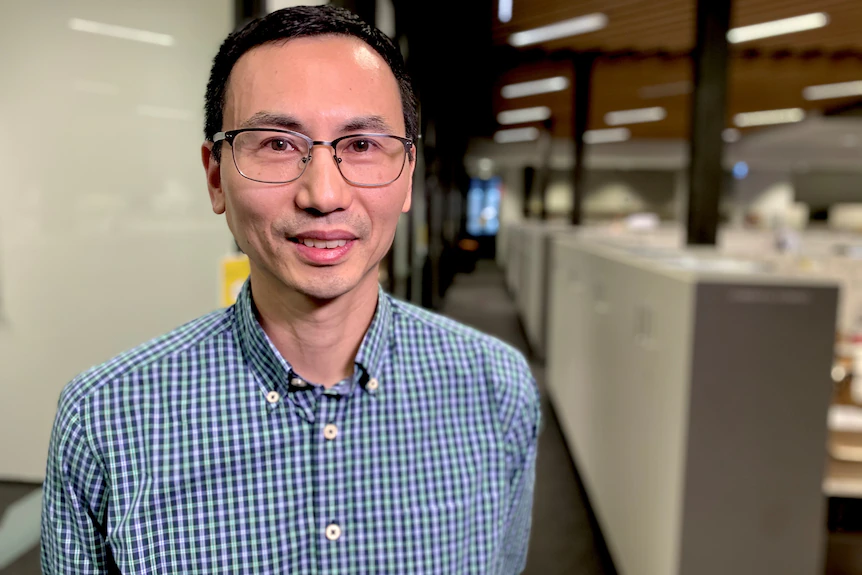 The only concern Mr Chang had about that approach was the risk that the price increase would be so high that it stopped people from investing in solar.

“It is possible and I think that would be a shame because that would be achieving the opposite of what we want,” he said.”In the end, what we want is something that’s good for the environment and is economically viable.”Since 2019, the federal government has been considering whether there should be rules for how the solar industry deals with its waste.

The main consideration has been whether to add solar panels to the Product Stewardship Act, which already mandates how electronic waste, like televisions, is dealt with.Environment Minister Sussan Ley has hinted that change is coming.

“A product stewardship scheme for photovoltaic systems should encourage shared responsibility throughout the supply chain,” a spokesman for Minister Ley told the ABC.

“Designers, manufacturers, installers and retailers all have a responsibility to manage the impacts of their products through their life cycle.”

An announcement is expected in coming weeks and it’s likely to outline a similar scheme to those currently in place for televisions and computers, where the onus falls on the supply chain and not the user.

If Felix MacNeill’s solar panels pack it in before that change comes, he said he’d be more than happy to pay to have them shipped and recycled in South Australia.

“But what I’d really love to see is a market for reasonable second-hand panels because a lot of people get rid of them far too early — but that’s another matter.”