Home India Rothschild bullish on India, expects to close more deals in second half of 2020 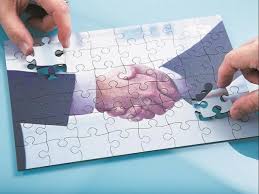 Rothschild bullish on India, expects to close more deals in second half of 2020 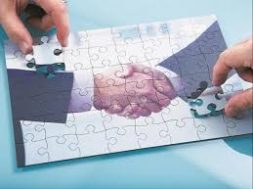 Rothschild bullish on India, expects to close more deals in second half of 2020

Mumbai: Even as there is no end in sight for the coronavirus pandemic, which scuppered deal-making activities in the first half of the year, global investment bank Rothschild & Co is bullish on India deal street as it’s already working on a pipeline of deals worth billions of dollars.

Domestic deal activity managed to remain in the green during the first half, thanks to the unprecedented stake sale by Reliance Industries in Jio Platforms, between April and June, worth nearly USD 15 billion (about Rs 1.12 lakh crore) through 11 deals.

This helped the overall deal making grow 14.5 per cent to USD 43.8 billion (about Rs 3.28 lakh crore) in the first half of 2020, according to numbers collated by Mergermarkets.

According to Aalok Shah, managing director of Rothschild & Co in India, the bank had a reasonably good first half as it completed three large deals — the USD 490-million Piramal-Carlyle deal, USD 900-million Edelwiess-Engie deal, and TVS’ buyout of British bike company Norton Motorcycles, and is working on a number of deals which could be completed in the second half.

‘We had a decent start to the year with the USD 900 million Edelwies-Engie deal in January and a couple of more big-ticket deals through the rest of the first half. Currently we have a list of deals in the making,’ Shah told PTI over the weekend.

‘I am confident that we will be closing more deals in the second half than we had done in the first half. Since June, there is lot of traction across sectors and corporate groups, most on the sell-side, making the rest of the year more promising,’ he added.

Rothschild’s India team is working on deals worth over USD 4 billion across pharma, IT and power sectors, he said.

Listing out IT, pharma and infrastructure, especially power and renewables, as the main activity areas, Shah said he expects USD 1-2 billion worth of acquisitions by domestic IT companies abroad during the remainder of the year, and at least USD 1 billion worth of infrastructure deals, which will be led by private equity firms in renewable space.

With the government pushing ahead with privatisation of six more airports, Shah sees airport divestments as another sub-segment in infrastructure space which can see some action. There could also be some large data centre deals, he added.

From a trend perspective, Shah said a lot of financially stretched companies can exit their non-core businesses.

‘The second half is going to be active. Since June the conversations are positive and bullish,’ he said.

Another key area of activities will be ‘fund raising by banks for growth capital and also fund raising by corporates, which will be less of debt money and more of equity by way of asset sales,’ which Shah said ‘will not be distress sale, but at fair value. No one will be bargaining for any crazy premia.’ His optimism comes from the fact that given the pandemic, private equity funds are sitting on ‘large dry powder to deploy here, and most of them are keen to take advantage of investing in good quality business here as they are commanding lower valuations now.’ However, Shah feels the IPO market will continue to remain in the doldrums. ‘The environment is just not conducive for equity sale now. But if the government succeeds in getting LIC listed then it can change the narrative,’ he said.