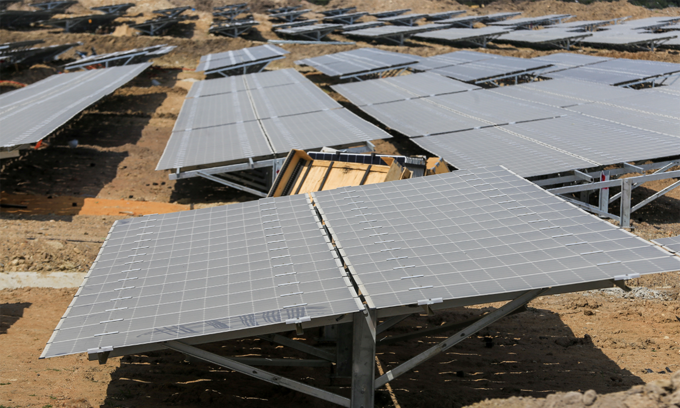 Electronics giant Samsung Vietnam has proposed that it joins a trial program to purchase power directly from renewable power plants instead of monopoly distributor Vietnam Electricity.

Choi Joo Ho, CEO of Samsung Vietnam, submitted the proposal to the Ministry of Industry and Trade last week. He asked that the company participates in the Direct Power Purchase Agreements (DPPA) policy that is being studied for a three-year trial.

Three to four other big companies also want to join the program, a person familiar with the matter told VnExpress.

The program will allow manufacturing companies with minimum 22-kilovolts power lines to negotiate and buy directly from solar and wind power plants.

In the first three years, when the policy will be trialed, the customer needs to buy at least 80 percent of the agreed amount of power.

Solar and wind farms with a capacity of 30 megawatts or more can sign these agreements, and need to begin commercial operation within nine months of joining the pilot program.

The program with a total capacity of around 1,000 megawatts is set to start this year and run until 2023. At the end of the trial period the ministry will review it and take a decision on making the arrangement permanent.

The program is being considered amid the challenges solar power plants face in running at full capacity due to the limited capacity of the country’s transmission lines.

Vietnam is set to cut up to 1.74 billion kilowatt-hours of renewable energy in the second half this year to deal with national grid overload, Vietnam Electricity, has announced.