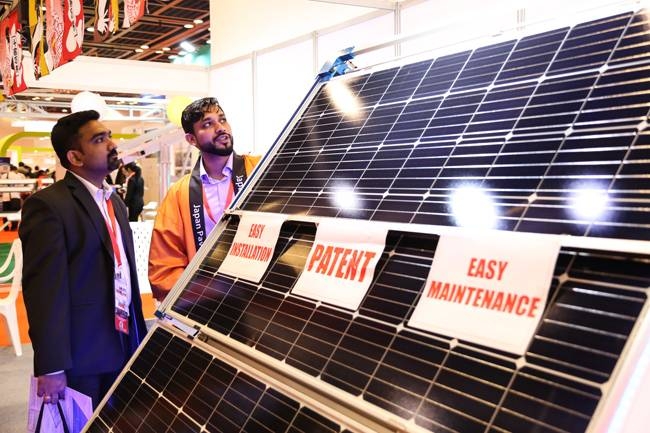 Ahead of his participation in the agenda-setting Middle East Energy Renewables Conference, running on March 3 and 4 at the Dubai World Trade Centre (DWTC), Al Shehri said Saudi Arabia’s energy sector transformation will have multi-faceted benefits.

“The diversification of the energy mix goes beyond multiple clean energy sources but also provides the opportunity to create jobs through manufacturing,” explained Al Shehri. “In parallel to the renewable tenders being issued, efforts are underway to localize renewable manufacturing in the Kingdom.”

He added: “As other renewable technologies become commercialized and costs are reduced, the Kingdom will also consider such technologies.”

Al Shehri will use his participation at the free-to-attend Renewables Conference to outline how future-focused energy companies can maximise Saudi Arabia’s green investment potential.

And the ENGIE CEO is bullish about opportunities for the private sector emerging from Saudi Arabia’s multi-billion-dollar renewables drive, adding: “The trend today is mainly related to utility scale renewables that are being applied in both the public and private sector. In addition, several local companies are rising to become developers, EPC contractors, OEMs and equipment suppliers.

“As the cost of renewables continues to reduce, we can expect to see more involvement from the private sector, as well as an increase in renewable targets beyond the announced targets.

“In addition, the drive for PPP programs in the public has also created similar PPP opportunities in the private sector. Corporate power purchase agreements are slowly becoming the norm for many private companies seeking renewable solutions.

“In the next four to five years we foresee $30 to $40 billion invested in renewable energy between the public and private sector.”

“Given the intense focus renewables are now generating across the Middle East & North Africa it is essential this segment has a dedicated product sector within the show profile,” explained Claudia Konieczna, exhibition director, Middle East Energy.

“Energy deployment is set to see significant acceleration in the coming years as the MENA region prepares for the influx of $35 billion in renewable energy investments per year. Driven by well-designed auctions, favourable financing conditions and declining technology costs, renewables are being brought into the mainstream.”

Supported by InterSolar, Middle East Energy’s Renewables Conference will provide insights into the global transformative dynamics of renewable energies and emphasize how technology can produce synergies and create an integrated energy system.

A third conference, devoted to Digitalisation comprises over 30 conference sessions, more than 150 speakers and represents 25 hours of learning opportunities.

More than 1,200 companies are due to take part in Middle East Energy, running at DWTC from March 3-5, across the exhibition’s five product sectors – digitalization, power generation, transmission & distribution, energy consumption & management and renewables.