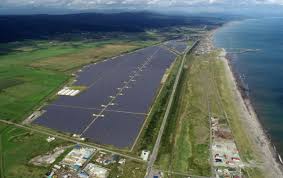 Over in the United States, SB Energy acquired 5 solar power plants from Intersect Power that total 1.7 gigawatts (GW) one year ago, on October 31, 2019. The power plants are located in California and Texas.

The projects were constructed in 2020. They were supposed to support 3,000 jobs during construction. Here they are:

The projects are expected to produce enough electricity each year for the equivalent of 357,000 homes.