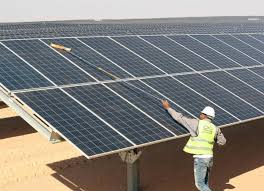 Myanmar is aiming to generate 14 percent of the country’s electricity needs through renewable energy, U Win Khaing, Minister of Electricity and Energy, said during the Singapore International Energy Week 2020 held during October 26 to 30.

He said Myanmar needs to choose sustainable sources of energy to support economic recovery in post-COVID-19, and added this would create additional job opportunities for the locals Myanmar this year awarded 30 solar projects to companies mostly from China. The tender winners are expected to implement the projects, which will generate a total of 1000 megawatts of energy, in time for summer next year.

Myanmar currently generates most of its electricity through hydropower and natural gas. Meanwhile, with electricity demand rising by almost 20 pc yearly, the country is aiming to generate an additional 3000 MW of electricity from various sources including liquefied natural gas (LNG), some of which has been imported this year

The country is now able to provide electricity to just over half the country, but aims to extend grid coverage to 75pc within the next five years. Some states and regions such as Yangon, Mandalay and Nay Pyi Taw enjoy higher access to electricity. On October 26, the Mon State government announced that 70pc of the state is now covered by the grid.

Electricity is now available in Mudon, Thanbyuzayat, Kyaikhto and Paung townships in Mon and close to 75pc of households have access to electricity in the state.

“Electricity is expected to reach a maximum capacity of 150 MW in Mon State in fiscal 2020-21 and full coverage is being planned”, U Win Bo, electrical engineer
from the Mon State Electricity Supply Enterprise was quoted by state media as saying.