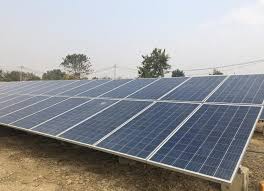 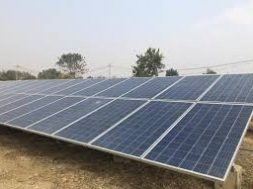 Chinese companies have outnumbered their local and foreign rivals by far in submitting bids for a controversial solar tender in Myanmar, according to an unofficial list of bidders seen by The Myanmar Times.

According to the unofficial list seen by this newspaper, a total of 155 bids were submitted for the 30 sites tendered by the Ministry of Electricity and Energy, with 85 bids, more than half, coming from Chinese companies. Thai and local firms made 22 and 21 bids respectively, while 10 came from Europe and four from the US and Japan.

This pie chart breaks down the number of bids by country based on the bidder list. Consortia are categorised according to their lead company. Chart: The Myanmar Times

Shwe Taung, partnering with Chinese panel maker Longi and other firms, has made one bid, while Yoma Group and Ayala Corp subsidiary AC Energy have made three bids in collaboration with Yangon-listed Thilawa SEZ Holdings and Quasar Resources respectively in different projects.

However, Singapore’s Sembcorp Industries and the four Japanese trading houses, all of which have significant energy business in Myanmar, did not take part in the tender, according to the document.

This table illustrates a selection of well-known developers involved in the bidding process. Table: The Myanmar Times

The predominance of Chinese bidders was expected by the industry, as investors from China appear to have an advantage over rival bidders in bypassing Myanmar’s
COVID-19 travel restrictions

Beijing’s embassy in Myanmar said in July that the government had decided earlier that month to allow Chinese nationals with urgent business in Myanmar to opt for a “fast track” option to enter Myanmar via relief flights and special or chartered flights, and be placed under a special quarantine programme.

Meanwhile, the COVID-19 pandemic effectively excluded other bidders from abroad. For one, a ban on international flights has been in place throughout the entire application period, meaning that most investors outside the country were not able to enter Myanmar to conduct due diligence, site visits and negotiate land deals.

In addition, the Electric Power Generation Enterprise, which is in charge of the project, ruled out allowing bids to be sent digitally or to be prepared outside the country and then scanned, printed and submitted in Myanmar.
“No solar developers abroad could fly into Myanmar to prepare for the bid… Does the government want bids from international players with competitive tariffs and the best possible solutions?” U Ken Tun, chair of local firm Parami Energy told this newspaper last month.

When the tender was first announced in May, the US, European and UK commercial chambers had complained to Minister U Win Khaing that with travel restrictions, quarantine measures for visitors and other COVID-19 constraints, the tender needed to be extended by at least nine months to accommodate tough requirements on land acquisition evidence and project financing.

Local developers were also critical. U Kyaw Kyaw Hlaing, chair of the Smart Group of Companies, told this newspaper in June that the tender rules had essentially ruled out domestic bidders. He referred to the requirement for applicants to show an annual income stream of US$20 million for the past three consecutive years.Read More..