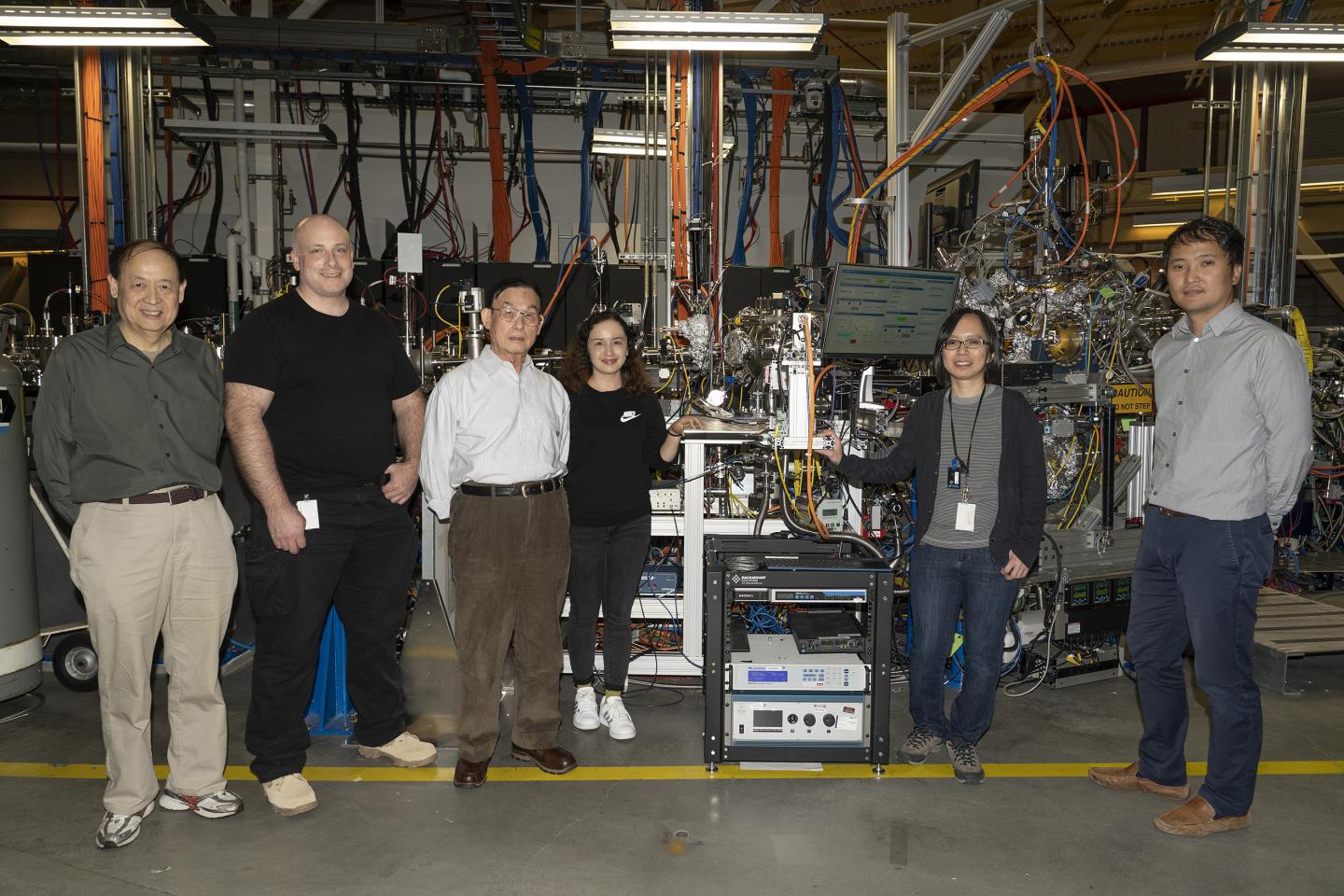 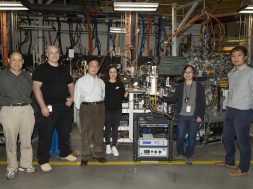 Researchers at the U.S. Department of Energy’s (DOE) Brookhaven National Laboratory have designed a new, organic cathode material for lithium batteries. With sulfur at its core, the material is more energy-dense, cost-effective, and environmentally friendly than traditional cathode materials in lithium batteries. The research was published in Advanced Energy Materials on April 10, 2019.

From smartphones to electric vehicles, the technologies that have become central to everyday life run on lithium batteries. And as the demand for these products continues to rise, scientists are investigating how to optimize cathode materials to improve the overall performance of lithium battery systems.

“Commercialized lithium-ion batteries are used in small electronic devices; however, to accommodate long driving ranges for electric vehicles, their energy density needs to be higher,” said Zulipiya Shadike, a research associate in Brookhaven’s Chemistry Division and the lead author of the research. “We are trying to develop new battery systems with a high energy density and stable performance.”

In addition to solving the energy challenges of battery systems, researchers at Brookhaven are looking into more sustainable battery material designs. In search of a sustainable cathode material that could also provide a high energy density, the researchers chose sulfur, a safe and abundant element.

“Sulfur can form a lot of bonds, which means it can hold on to more lithium and therefore have a greater energy density,” said co-author Adrian Hunt, a scientist at the National Synchrotron Light Source II (NSLS-II), a DOE Office of Science User Facility at Brookhaven. “Sulfur is also lighter than traditional elements in cathode materials, so if you make a battery out of sulfur, the battery itself would be lighter and the car it runs on could drive further on the same charge.”

When designing the new cathode material, the researchers chose an organodisulfide compound that is only made up of elements like carbon, hydrogen, sulfur, and oxygen — not the heavy metals found in typical lithium batteries, which are less environmentally friendly. But while sulfur batteries can be safer and more energy dense, they present other challenges.

“When a battery is charging or discharging, sulfur can form an undesirable compound that dissolves in the electrolyte and diffuses throughout the battery, causing an adverse reaction,” Shadike said. “We attempted to stabilize sulfur by designing a cathode material in which sulfur atoms were attached to an organic backbone.”

Once the scientists in Brookhaven’s Chemistry Division designed and synthesized the new material, they then brought it to NSLS-II to better understand its charge-discharge mechanism. Using NSLS-II’s ultrabright x-rays at two different experimental stations, the X-ray Powder Diffraction (XPD) beamline and the In situ and Operando Soft X-ray Spectroscopy (IOS) beamline, the scientists were able to determine how specific elements in the cathode material contributed to its performance.

“It can be difficult to study organic battery materials using synchrotron light sources because, compared to heavy metals, organic compounds are lighter and their atoms are less ordered, so they produce weak data,” said Sanjit Ghose, lead scientist at XPD and a co-author on the paper. “Fortunately, we have very high flux and high energy x-ray beams at NSLS-II that enable us to ‘see’ the abundance and activity of each element in a material, including lighter, less-ordered organic elements.”

Ghose added, “Our colleagues in the chemistry department designed and synthesized the cathode material as per the theoretically predicted structure. To our surprise, our experimental observations matched the theoretically driven structure exactly.”

Iradwikanari Waluyo, lead scientist at IOS and a co-author on the paper, said, “We used soft x-rays at IOS to directly probe the oxygen atom in the backbone and study its electronic structure, before and after the battery charged and discharged. We confirmed the carbonyl group — having a double bond between a carbon atom and an oxygen atom — not only plays a big role in improving the fast charge-discharge capability of the battery but also provides extra capacity.”

The results from NSLS-II and additional experiments at the Canadian Light Source enabled the scientists to successfully confirm the battery’s charge-discharge capacity provided by the sulfur atoms. The researchers say this study provides a new strategy for improving the performance of sulfur-based cathodes for high performance lithium batteries.

0
0   0
previous Hyundai Kona Electric to Launch in India on July 9: Here are 10 things you must know
next Why Li-ion batteries are the progressive option for data centers