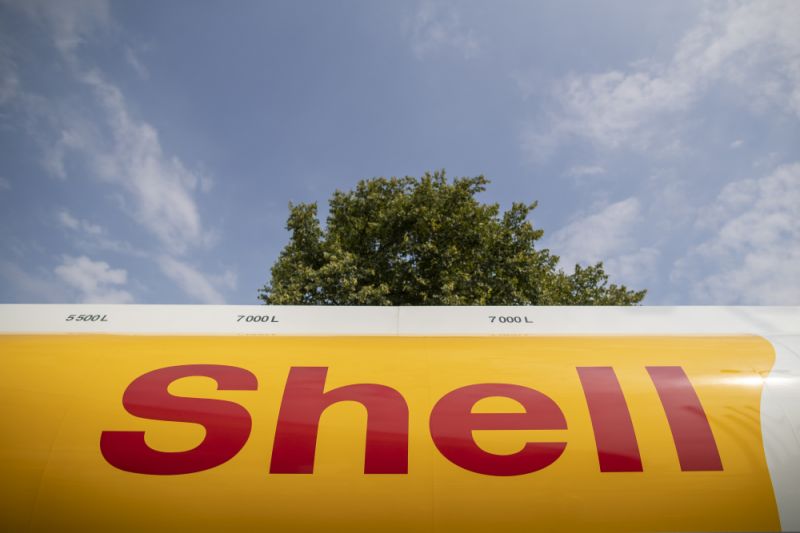 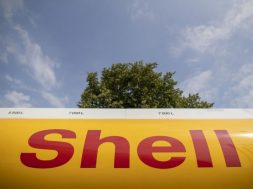 Royal Dutch Shell Plc took a step forward in its aim to become the world’s biggest power company with an aggressive move into the U.K. retail market by offering one of the cheapest tariffs available.

Shell Energy, formerly known as First Utility Ltd., said Monday it has a fixed rate power-supply tariff for U.K. customers of about 970 pounds ($1,278) a year, or about 81 pounds a month until July 2020. The move is part of its rebranding of its U.K. utility business.

This undercuts former cheapest U.K. power supplier Bulb Energy Ltd., which has a deal available for 981 pounds a year, and is around 18 percent cheaper than power supplied by Centrica Plc-owned British Gas, according to data from U.K. power regulator Ofgem. 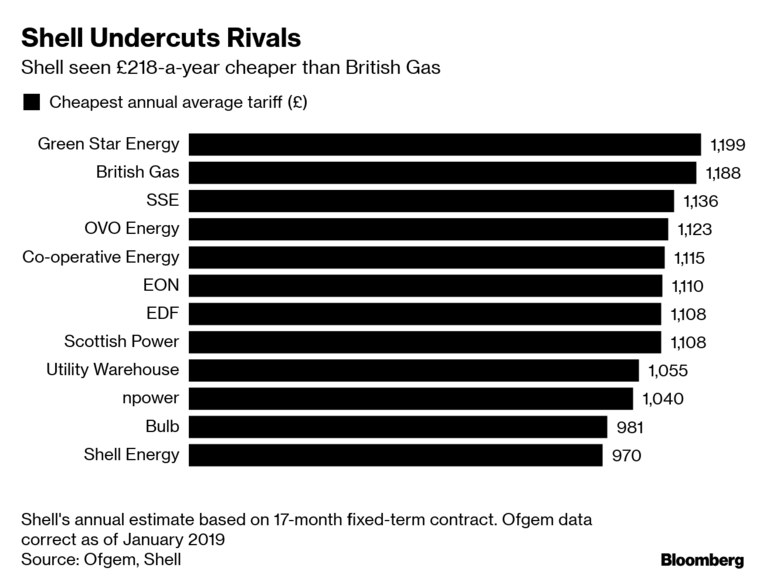 Shell plans to become the world’s biggest power company within 15 years and is spending as much as $2 billion a year on its new-energies division, a move that suggests it sees climate change as a significant threat to the fossil fuel business.

“Shell has been increasingly vociferous about its ambitions in electricity markets, and we see it as a significant competitive/disruptive force over the coming years for traditional utility energy suppliers/retailers,” RBC Capital Markets LLC said in a note Monday.

The bank said Shell’s plan to invest about $1 billion-$2 billion a year on its new energies division is only 5 percent of the company’s annual capex and “hence has significant room to grow.” It added that it’s “difficult to rule out” Shell buying other U.K.-based utilities such as the retail unit of SSE Plc or Npower Ltd., which are both up for sale.

British Nightmare for Utilities Goes From Bad to Worse The move will bring yet more pressure to the U.K. power market which has seen swaths of customers abandon the traditional Big Six utilities for smaller, cheaper suppliers. Surging wholesale prices for power and gas have driven several companies out of business. Last year, more businesses folded than in the previous 16 years combined. Brilliant Energy, which has about 17,000 domestic customers, became the 10th firm to cease trading in the past 12 months on March 11. 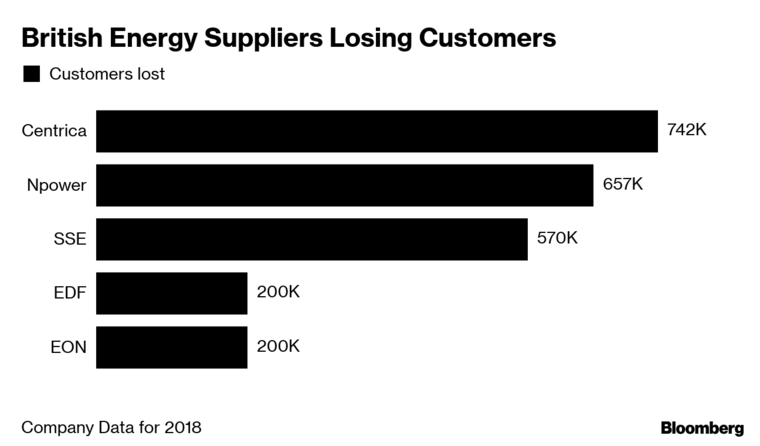 Britsh Gas, which lost 742,000 customers last year, held a 19 percent share of the U.K.’s electricity market in the third quarter of 2018, according to Ofgem. Bulb, which has about 1 million customers, had a 3 percent stake in the market.

As well as announcing the rebranding, Shell also said it has switched its existing 700,000 U.K. customers to power supplied entirely by renewable sources of energy such as wind, solar and biomass.

Newly rebranded Shell Energy will also offer a range of smart home devices, such as thermostats, and discounts on home electric vehicle chargers for its customers.

“We are building on the disruptive nature of First Utility to give customers something better,” said Colin Crooks, chief executive officer of Shell Energy Retail Ltd. “We know that renewable electricity is important to them and we are delivering that, while ensuring good value and rewarding loyalty.”

Alongside First Utility, Shell has made other acquisitions in power including car-charging operator NewMotion and a stake in U.S. solar company Silicon Ranch Corp. It has also announced it’s bidding for Dutch utility Eneco Group NV, which provides low-carbon power to industrial users and offers apps and other technology to manage electricity consumption. Shell also entered a bid to expand an offshore wind farm in the Netherlands.