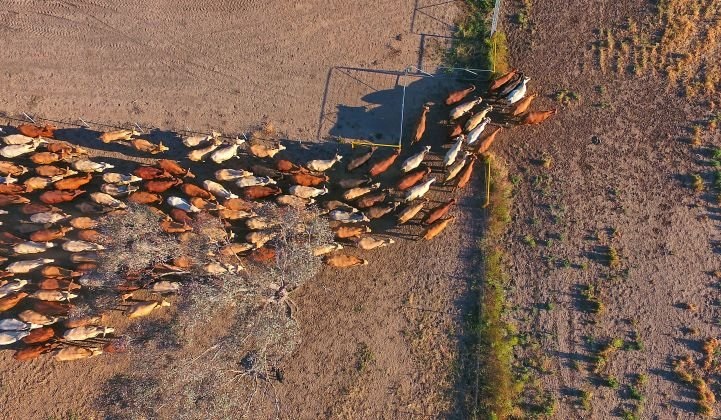 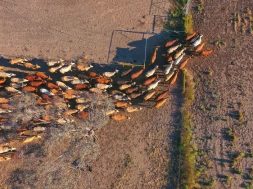 Shell will acquire Australia’s Select Carbon, a “carbon farming” specialist, as the oil giant begins shaping a crucial pillar of its net-zero plans.

Shell’s new Nature-Based Solutions business has made its first acquisition, with the Anglo-Dutch oil major announcing Monday that it will buy Australia’s Select Carbon.

Shell has a net-zero ambition for 2050 and has been upfront about the contribution that carbon offsets will make to that effort. In addition to selling more gas, less oil and pressing into the clean power sector, Shell will rely on a variety of carbon-capture methods and slashing its own operational emissions.

Monday’s deal will see it take 100 percent ownership of Select Carbon, which works with landowners in Australia to improve the carbon yield of their land, a practice called carbon farming. Projects vary from improving the health of ecosystems, reforestation or improved cattle management to cut overgrazing, all of which help bulk up carbon stores. Select Carbon currently runs 70 projects covering 9 million hectares, an area larger than South Carolina.

In an interview, Duncan van Bergen, who leads Shell’s Nature-Based Solutions unit, said that offsets will only be part of the puzzle and are not intended to cover up a business-as-usual approach.

“Nobody at Shell believes that we can succeed in the energy transition by offsetting alone,” van Bergen told GTM.

The financial terms of the acquisition were not disclosed. Shell has committed to investing $300 million into projects through its Nature-Based Solutions unit in the 2019-2021 period.

“We are investing in carbon sequestration at a time when the world is clearly becoming more carbon-constrained,” van Bergen said. “So that would suggest that this is a sensible investment.”

Cashing in on carbon credits

Through its work in Australia, Select Carbon generates Australian Carbon Credit Units, or ACCUs, which can be sold to big emitters in the country if they use more than their allotted quota of carbon.

Shell could also use the credits to offset its own emissions in Australia. In doing so, it could offer electricity consumers low-carbon tariffs even in places where a fully renewable generation mix isn’t an option. Shell already offers such tariffs in the U.K. and the Netherlands. Van Bergen said this would be expanded to include Austria, Switzerland and Germany in the near future.

Van Bergen says the credits generated by Select Carbon are already “competitive” from a pricing point of view, with average prices of around AUD $12-$15 per ton of CO2 equivalent on the Emissions Reduction Fund market.

The history of carbon offset programs is littered with tales of creative carbon accounting and questionable measurement. With serious investors ratcheting up the level of scrutiny in the oil and gas sector, how can Shell avoid the pitfalls?

Such concerns are part of why Shell chose Select Carbon in the first place, van Bergen said. “They have a really solid team that is deeply rooted in environmental science. They know what they’re doing, and they’re really good at it. They take integrity very seriously in terms of whether a prospect could be a bona fide project.”

“The world has learned a lot in this space over the last 20+ years,” van Bergen added. “Some of the challenges that were raised in the early years — the late ’90s, early 2000s — have led to improvements in methodologies and…in measurement, reporting and verification technology.”

Cutting corners or playing fast and loose with the accounting could damage Shell’s efforts to turn this into a viable market and business, in other words. As Shell and other oil companies expand their ventures into carbon offsetting, they will be heavily scrutinized by environmental groups — and accusations of greenwashing will be preloaded and ready to fire.

The market for carbon abatement projects has “enormous potential,” van Bergen said. But in order for it to take off and draw in the large amounts of private investment that will be needed, “integrity is essential.”

0
0   0
previous LONGi will give priority to strategic customers rather than make quick profits when supply is tight: Dennis She, SVP, LONGi Solar
next What Other Countries Can Learn From Australia’s Roaring Rooftop Solar Market