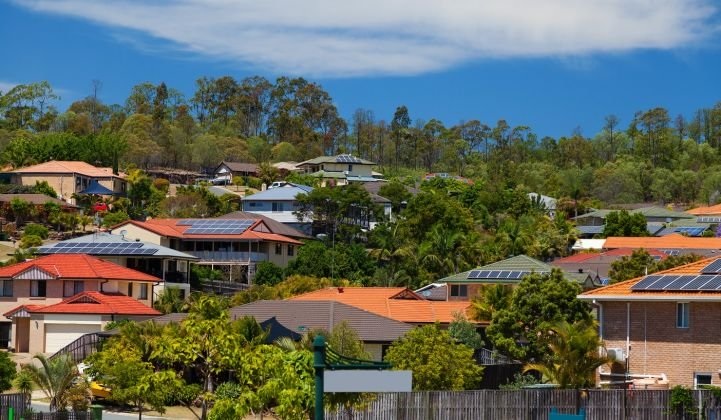 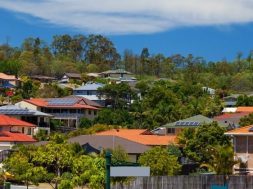 Australia is deploying renewables 10 times faster than the global average, with rooftop solar in the lead. What’s going on?

Policymakers looking to speed up renewable energy deployment have a best-practice case study to look to: Australia is rolling out renewables 10 times faster than the global average, offering lessons as to what factors can improve the uptake of clean energy.

In terms of overall capacity, Oceania still only accounts for a tiny share of global renewables. Its 40 gigawatts of renewables amounted to just 2 percent of clean energy worldwide in 2019, IRENA figures show. But it added 6.2 gigawatts of capacity last year, growing more than 18 percent. That compares to 6 percent growth in North America, 7 percent growth in Europe and 9 percent in Asia.

While Australia has a vibrant wind market, distributed solar has been the real success story, said Darren Miller, CEO of the Australian Renewable Energy Agency. “Wind has been a baseline. Even as states have removed feed-in tariffs, solar rooftop installation rates have grown to record levels,” Miller said in an interview.

For the last five years or so, the rooftop PV market has been boosted by rising electricity costs, a trend that coincided almost perfectly with a sustained reduction in residential PV system prices.

The country benefits from lots of sunshine and high levels of homeownership and single-dwelling buildings. It also has a high per-capita gross domestic product, Miller said, with wealth spread fairly evenly across the population, making a rooftop PV system a viable option for a significant fraction of the population.

The recipe is working. According to a Q1 2020 solar report from the Australian Energy Council, nearly 2.4 million solar systems have been installed across the country. Australia’s rooftop PV capacity adds up to 10.7 gigawatts, or three-fifths of the 17.6-gigawatt U.S. residential solar market, significant for a country with less than 8 percent of America’s population.

The secrets behind Australia’s solar success
Another critical factor helping to boost solar uptake in Australia is the lack of red tape relating to installations, Miller said. “There’s very little in terms of council approvals, government approvals and the like [that are necessary]. It can be done by an electrician.”

That light regulatory touch helps to keep prices down. Residential solar systems are currently priced at about AUD $1 (about 70 USD cents) per watt in Australia, including installation, Miller said. That compares to USD $2.69 per watt in the U.S., according to 2020 estimates from Wood Mackenzie for the Solar Energy Industries Association.

Not every country can have Australia’s sunshine, but that might not be all that important in the long run, said Fereidoon Sioshansi, president of Menlo Energy Economics in California.

“The amount of sunshine helps but has little to do with it,” Sioshansi explained in an email, pointing to other, more important factors, such as supportive regulations, the high proportion of single-family homes and high retail electricity prices.

There are several lessons the U.S. could learn from Australia, said Lauren Shwisberg, a manager in Rocky Mountain Institute’s electricity practice. They include simplifying rooftop solar incentives and making it easier to set up virtual power plants.

Other aspects of Australia’s booming solar market might be harder to emulate. “The U.S. has relatively cheaper retail rates for electricity, so there is less incentive for customer adoption based on an individual value proposition,” Shwisberg said.

“We’re going to have to get creative in the U.S. if we want to see customer adoption take off and provide customers with additional value.”