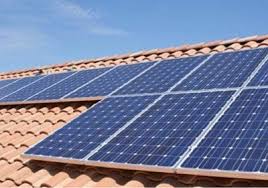 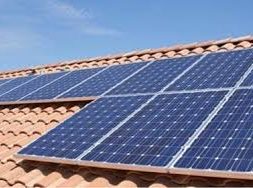 Solar Energy Corporation of India, under the renewable energy ministry, is promoting around 5,000 MW and 2,500 MW solar power projects in Ladakh and Kargil, respectively.

The Centre has finalised the sites for the Rs 50,000 crore grid-connected solar photo-voltaic project in the districts of Ladakh and Kargil. This will be the single biggest investment in the region since the Centre scrapped special status granted to Jammu and Kashmir and bifurcated it into two Union Territories – J&K and Ladakh.

Solar Energy Corporation of India (SECI), under the renewable energy ministry, is reportedly promoting around 5,000 MW and 2,500 MW solar power projects in Ladakh and Kargil, respectively.

The solar project, which is estimated to cost around Rs 50,000 crore, is expected to be completed by 2023.

Significance of the project

The mega solar project is aimed at providing electricity for the region and preserving glaciers and reducing around 12,750 tonnes of carbon emissions every year. Apart from this, the project is expected to improve job prospects for the people of the region. The locals would be able to take up jobs like maintaining transformers and cleaning solar panels.

The project is also expected to augment development in the remote border regions. The topography of the region has meant that getting the fruits of development to the last mile is always a challenge. The solar project aims to change that.

Besides, because it shares a border with China, Ladakh’s location is crucial from the strategic point of view as far as India is concerned. The developmental thrust will also be an enabler in beefing up India’s strategic heft in the area.

Ladakh with its vast open spaces is uniquely suited to benefit from solar power.

“A total of 80.46 GW of renewable energy capacity has been installed in the country as on June 30, 2019, which includes 29.55 GW from Solar & 36.37 GW from wind power,” Power and New & Renewable Energy Minister RK Singh said in a written reply to the Rajya Sabha in July.

The government has set an ambitious target of having 175 GW of clean energy capacity by 2022, including 100 GW solar and 60 GW of wind energy.

As per India’s submission to the United Nations Framework Convention on Climate Change on Intended Nationally Determined Contribution (INDC), a cumulative electric power capacity of 40 per cent from non-fossil fuel-based energy resources is to be installed by 2030.

In another reply, the minister also told the House that a total of 42 solar power parks with an aggregate capacity of around 23.40 GW have been approved by the government so far to facilitate achievement of 100 GW target by March 2022.