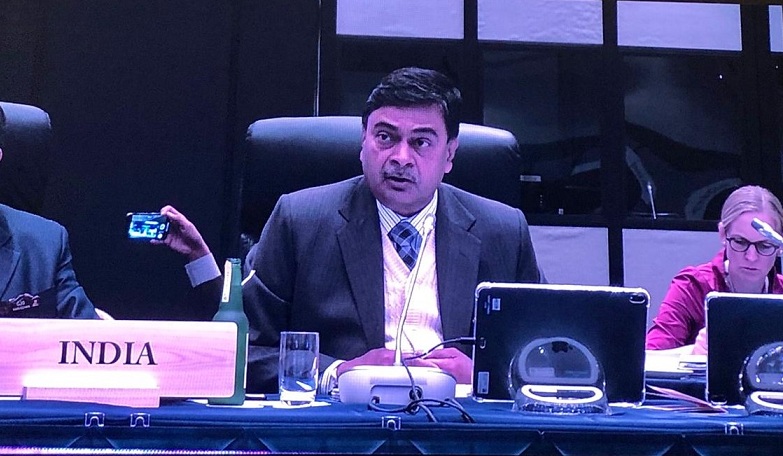 India has already achieved emission reduction of 28% over 2005 levels; all set to exceed its NDC commitments before 2030

G20 Energy and Climate Joint Ministerial Meeting 2021 was held under the Italian Presidency on 23 July 2021 in Naples. Energy and Environment Ministers from the G20 nations participated and deliberated upon the pressing issue of climate change. The Indian Delegation was represented by Ministry of Power and Ministry of Environment, Forest and Climate Change.

The Minister further added that India already has achieved 38.5 % installed capacity from renewables and when the renewable capacity under construction is also accounted for, the share of renewables in the installed capacity goes well over 48%, which is way above the commitments made under the Paris Agreement.

The Minister concluded with a vote of thanks and urged those G20 nations which have per capita GHG emissions above the world average to reduce their per capita GHG emissions and bring them down to the world average over the next few years which will vacate the carbon space to some extent and support the developmental aspirations of the developing nations.

The Minister encouraged the G20 nations to take immediate steps in this direction so that the world community stays on the right track to leave a better planet for our future generations.

NationallyDetermined Contributions (NDCs) are at the heart of the Paris Agreement which requires each country to outline and communicate their post-2020 climate actions.

Under the NDC’s, India has committed to have 40% of the total installed capacity from renewables by 2030 and also to reduce its emissions by 33-35 % from 2005 levels.