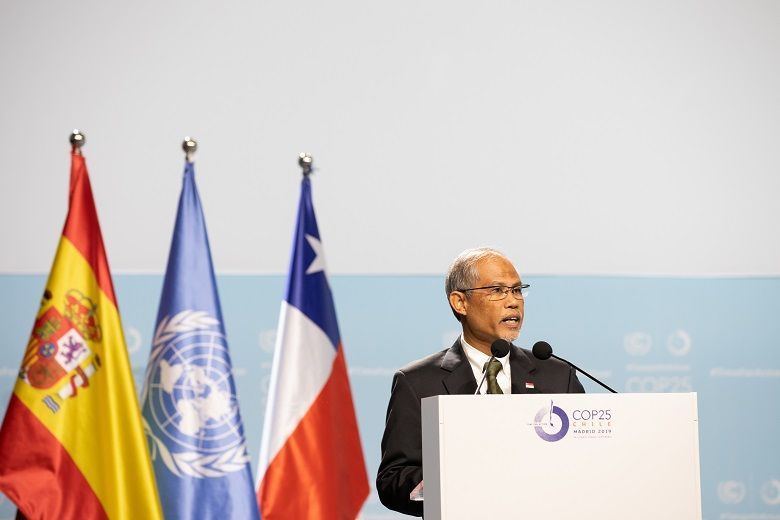 Singapore to take its climate change fight to next level 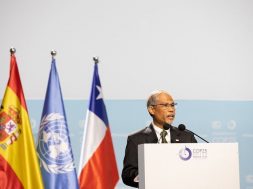 Singapore to take its climate change fight to next level

It will update its 2015 climate pledge and focus on sustainable energy, says Masagos

Singapore has indicated that it will do more to cut down its greenhouse gas emissions. The Republic will update its climate pledge to guide its policies over the longer term, said Minister for the Environment and Water Resources Masagos Zulkifli.

Already, Singapore has committed to ramping up its use of solar energy and greening its land transport sector, with the aim of having nine in 10 peak-period journeys by 2040 made via walking, cycling or rides on public and shared transport. It also wants to make electric vehicles more viable here.

Mr Masagos reiterated this commitment about five years after the Republic made its first climate pledge – which outlined its plans to limit its planet-warming greenhouse gas emissions by 2030 – under the historic Paris Agreement.

Speaking at the annual United Nations climate conference, or COP25, in Madrid, Mr Masagos said Singapore is especially vulnerable to rising sea levels. “For us, climate change is existential,” he added, noting that countries had to update their 2030 pledges by next year.

“Singapore will play our part,” he said. “We will update our nationally determined contribution and communicate our long-term low-emissions strategy soon.”

Under its 2015 pledge, Singapore said it would reduce the amount of greenhouse gases emitted to achieve each dollar of gross domestic product by 36 per cent from 2005 levels, come 2030.

It also pledged to stop any further increases to its greenhouse gas emissions by the same timeline.

Yesterday, Mr Masagos highlighted the importance of having climate pledges that can be translated into policy action. He said: “The focus must be on how we can generate and use energy sustainably.”

The use of fossil fuels, such as natural gas and coal, is the main contributor to global warming.

Mr Masagos highlighted different ways in which Singapore – which relies on natural gas, the cleanest form of fossil fuel, for its energy needs – was doing its part to use energy more sustainably.

“Solar installations have increased from 30 to over 3,000 in Singapore over the last decade,” he said. The next step is to raise the 2020 solar target by more than five times by 2030.

Also, money generated from Singapore’s carbon tax would be used to support projects that cut emissions and to help businesses become more resource-efficient.

The Republic is also looking to restore its mangroves to overcome the challenge of rising sea levels.

Ms Melissa Low, a research fellow at the National University of Singapore’s (NUS) Energy Studies Institute and an observer of climate negotiations, welcomed Singapore’s intent to update its climate pledge.

She noted that Singapore’s first target in 2015 had been described as a “stretch target” – suggesting it was not easy to meet it. “The next update should be more ambitious than the earlier pledge to achieve a 36 per cent reduction in emissions intensity,” she said from COP25.

“They will be the starting point of Singapore’s climate policy going forward. This will then shape individual ministries’ mandates, for example, how to provide a just transition for employees in the energy and transport sectors towards green-collar careers,” he said.

0
0   0
previous ARENA launches $15 million funding round to address solar panel end-of-life issues and increase efficiency
next ABDUL HAMED: SEB TO USE SOLAR POWER AS PART OF RENEWABLE ENERGY MIX BY 2030