Germany could close its last coal-fired power plant long before a 2038 deadline as the dirtiest fossil fuel gets squeezed out of the energy mix by clean electricity.

A plan struck on Thursday by Chancellor Angela Merkel to compensate regions and companies for the exit anticipates some of the most polluting plants running down the clock to the final date. But a cocktail of rising renewables, halted investments and soaring carbon emission costs will probably hasten the exit, according to economists and analysts.

Solar, wind and other forms of renewables already have become Germany’s biggest source of electricity and will cut deeper into coal’s share in the next few years. The government forecasts that green power will make up about 80% of the electricity mix by 2038, compared with just over 40% now. Higher carbon prices may gut profit for whatever plants are still able to run.

“The political message in the agreement is that the government is willing to pay for coal to be taken out of the market,” said Goetz Reichert, an expert on EU climate and energy policy at the Centre for European Policy in Freiburg, Germany. But the market has already been saying that for some time and coal power will be priced out anyway by cheaper clean energy, he said. 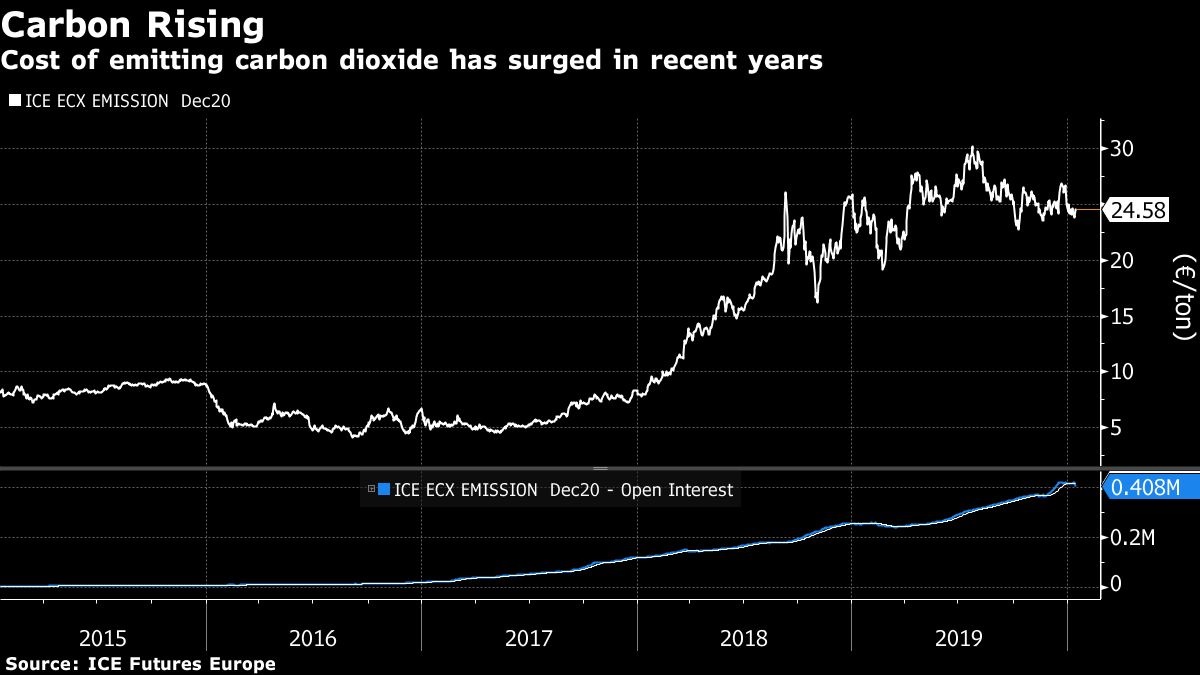 Coal and lignite are Germany’s only native energy commodities, and the country has enjoyed a two-century love affair with fossil fuel. Merkel’s plan is an attempt for a civilized break up, something that’s been complicated by protests at mines and coal plants across the country. It’s not clear that Merkel’s plan will appease protesters who have disrupted operations at sites including RWE AG’s Hambach mine.

“Sorry, a coal exit by 2038 isn’t good enough,” Luisa Neubauer, a leading German climate activist from the Fridays for Future movement, wrote on Twitter. She added that the government plan is little too late given the urgency of climate change.

Germany’s coal exit could offer a model for how countries such as China and India make ahead-of-time closures of recently built plants and how they compensate workers. The payout to the many thousands of coal workers who will lose their jobs could reach almost 5 billion euros by 2043.

That will limit the risk of stranded assets and encourage consumers to make cleaner choices, he said.

Even though German utilities own their lignite supply with mines in close proximity the plants, Gas prices, which emits half as much carbon dioxide as coal at power plants, are near their lowest in a decade because of a global glut. 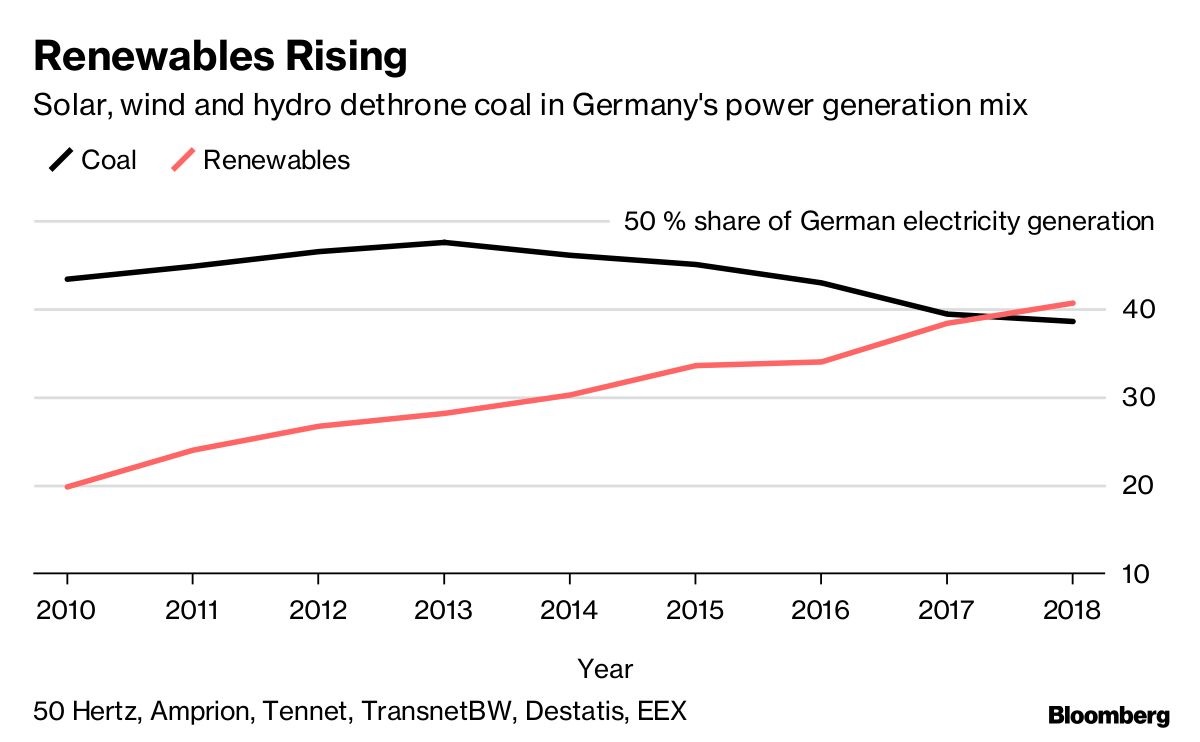 Because of the projected jump in renewables squeezing out coal anyway, energy economists say that the utilities may not have done that badly after all by securing billion-euro deals with the government.

“This is expensive,” said Claudia Kemfert, economist at the DIW school in Berlin. “Especially since coal-fired power stations are hardly worth anything today, but compensation must flow.”