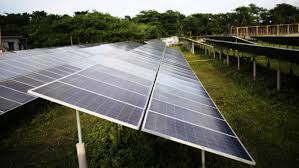 “Although most Bangladeshi solar jobs are in sales, installation and maintenance, some 10,000 people are also employed in module assembly,” said the global intergovernmental organisation that supports countries in their transition to a sustainable energy future.

IRENA reported these findings in its “Renewable Energy and Jobs: Annual Review 2020” published yesterday. The report says that worldwide employment in renewable energy was estimated at 11.5 million in 2019, up from 11 million in 2018.

Bangladesh’s current renewable energy capacity stands at 648.95 megawatt (MW). Of which solar technology accounts for 415.02 MW, according to Sustainable and Renewable Energy Development Authority (SREDA). Of this, about 327.14 megawatt comes from off-grid power sources while on-grid solar accounts for 87.88 megawatt.

“We have already installed more than 5.8 million home solar systems and this year another few lakh more will be installed in remote village areas with little access to electricity, as the government plans to provide electricity to every home,” Mohammad Alauddin, chairman of SREDA told The Daily Star yesterday. However despite the success, Bangladesh is lagging behind from its goal, set a decade ago, to have about 10 percent of total electricity from renewable sources by 2020.

“That target has proved to be unachievable. Currently, less than three percent electricity comes from renewable sources,” he said.

IRENA’s director-general Francesco La Camera said, “While today we see a handful of countries in the lead, each country can harness its renewable potential, take steps to leverage local capabilities for industrial development, and train workers.”

According to the annual review, most jobs have been created in a small number of countries, but employment benefits are showing up more widely, especially through the deployment of solar photovoltaic (PV) technologies.

Although precise estimates remain scarce, off-grid decentralised renewables are creating a growing number of jobs, while also propelling employment in productive uses ranging from agro-processing and health care to communications and commerce in local communities, the report added.