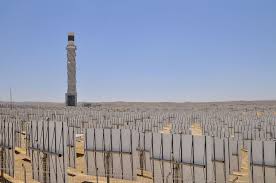 Will Israel Buy Jordanian Green Electricity in the Future?

Will Israel Buy Jordanian Green Electricity in the Future?

In most industries, collaborations provide various advantages – a fact that also applies to the energy sector. A shining example of that is the recent announcement that Israel will be connected to the European electricity grid.

This connection could allow Israel not only to sell electricity easily but to transfer surplus electricity from its national grid to other countries, instead of letting it go to waste. In addition, it might increase the country’s energy security.

Another cooperation that is currently materializing is between Israel and a much closer neighbor: Jordan.

A successful first approach was made recently when Energy Minister Yuval Steinitz wrote an official letter stating that his office supports the launch of a pilot in which Jordan will transfer 25 megawatts of solar electricity to the Israeli grid (a quantity that can meet the electricity needs of thousands of homes).

The letter, which was sent to environmental activists in Israel, and whose details were published in the Guardian, does not guarantee a de facto collaboration between the countries, but it is a crucial step in the right direction.

“There is a big change here: Israel has revised its policy, and today the country is looking at the possibility of purchasing solar electricity from Jordan to meet its promises made to the public and the Paris Agreement,” said Gidon Bromberg, Israeli CEO of EcoPeace Middle East, the organization that leads the collaboration efforts between Jordan and Israel.

The amount of electricity produced from renewable sources in Israel (the primary source being solar energy) is low compared to many other countries. As of late 2019, it stands at about 6 percent of the total electricity production.

To date, Israel has done a rather poor job meeting its renewable energy production targets, set as part of the country’s commitments under the Paris Agreement. In 2014, the goal was to reach 5 percent of electricity from renewable sources, but only 1.5 percent were achieved. The initial target for 2020 was 10 percent. Now all hopes are set on 2030, and until then, Israel wants to increase the share of renewable energies to 17 percent – although last June, the Ministry of Energy proposed raising the target to 30 percent and presented an NIS 80 billion plan in support of the proposal.

Purchasing solar energy from Jordan has been declared a possible way to increase Israel’s renewable energy volume based on Jordan’s natural advantages.

“In Israel, it is hard to find undeveloped land for the construction of solar farms. Although we have the Negev desert, most of it is either used by the army for training purposes or is designated nature reserve,” says Bromberg. “Jordan, on the other hand, has no shortage of open spaces: The majority of the population lives in the capital Amman and a few other big cities. The rest is pretty much vast open desert. Thanks to the natural conditions in Jordan, it is one of the best places in the world to generate solar energy.”

“Some of the desert areas in Jordan are located relatively close to Northern Israel. Solar fields in that region could bring electricity via a short power grid to the North of Israel instead of transporting solar energy from the Negev or the Arava all the way up the country,” says Dr. Daniel Madar, a researcher and consultant at SP Interface. “This way, you can save the energy that is lost during longer transmission and the financial and environmental investment of building and operating long-distance infrastructure.”

“Decentralization of energy sources, meaning that some of them will be outside of Israel, can also increase the country’s energy security,” Madar adds. However, it should be noted that such decentralization may also be a weak point. An example of this is the pipeline that previously carried natural gas from Egypt to Israel. “Terrorist attacks have repeatedly shut down the pipeline until they have simply stopped using it,” Madar says.

Today, the Jordanian solar energy industry is booming. “Jordanians are building more and more solar fields, and next year, 20 percent of the country’s electricity will come from solar sources,” Bromberg says. According to their master plan, one of the energy goals is to export electricity to neighboring countries.”

Bromberg says that last month Jordan and Saudi Arabia agreed on connecting their electricity grids, which would make it easier for Jordan to sell electricity to the Saudis.

“They are currently negotiating hoping to sell electricity to Iraq and Egypt as well,” he says.

The coal and steel of the Middle East

The idea to buy solar energy from Jordan first arose in early 2012 when EcoPeace Middle East began raising funds for the initiative and conducting a study examining if the plan would be feasible. In 2017, after completing the study, the organization began promoting the idea by organizing tours and conferences locally and overseas. “At one point the Jordanian government wanted to know if Israel was really interested in such cooperation, they asked us for a letter from Minister Steinitz, and because of the transitional governments, it took a year and a half to get it,” Bromberg says.

After the letter was received, the ball was in the Jordanians court. “However, due to the annexation issue, we were told by the Jordanian government that there was nothing to talk about as long as Israel seriously considered that option,” Bromberg says. “But following the recent developments in the region, we hope to get a positive response from Jordan.”

Bromberg says that EcoPeace Middle East’s vision is based on the model of the European Coal and Steel Community: an organization established after World War II enabling free trade of coal and steel between France, West Germany, Italy, Belgium, and Luxembourg, aiming to create a collaboration that would prevent another war in Europe – and which led to the establishment of the European Union.

“In 2012, we thought hard about what the Middle East’s “Coal and Steel” could be and came to the conclusion that it was the sun and the sea,” he says. “While Jordan is supplying solar energy, Israel could use its advantage of being a pioneer in desalination and sell desalinated water to Jordan.”

“We believe that when there is interdependence between countries in terms of resources, with each side having something to sell and something to buy, it will help promote stability in the region.”

However, it is important to emphasize that the road to creating Israeli-Jordanian cooperation in the field of solar energy is still long, and even if successfully implemented, it is intended to be an addition to the production of local solar energy in Israel and not to replace it.

“The most sustainable way to increase the volume of solar energy production in Israel is to place solar cells on buildings,” adds Madar. “This saves damage to open areas, and the electricity is produced right where it is consumed. This way, we can prevent energy from being lost along the way and allow dual use of space instead of destroying natural space. “Today, it is possible to produce all the electricity that the State of Israel needs on buildings. It is more expensive than placing solar cells on the ground, but it is certainly possible,” Madar concludes.