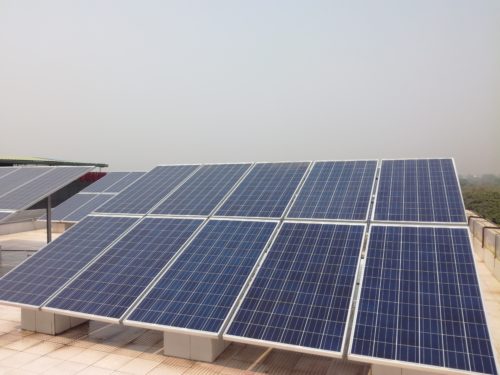 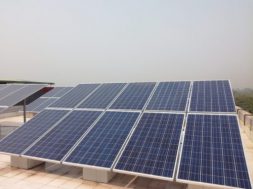 Senior officials of the Delhi government said applications will be soon invited from those farmers who are interested in signing up for the ambitious ‘Mukhyamantri Kisan Aay Badhotri Solar Yojana’.

NEW DELHI: Solar power generation through panels installed on agricultural lands is set to become a reality in the national capital by end of this year. Senior officials of the Delhi government said applications will be soon invited from those farmers who are interested in signing up for the ambitious ‘Mukhyamantri Kisan Aay Badhotri Solar Yojana’, which aims to enhance their income.

In its 2018-19 Green Budget, the city government had announced the scheme to achieve solar targets as per the Delhi Solar Policy 2016. It will also help farmers to earn extra money without affecting the normal farming activities. “The development department is preparing to hold workshops to sensitise farmers and create awareness.

The plan couldn’t take off as guidelines for Virtual Net-Metering (VNM) were not finalised,” said an official associated with the project. “Solar scheme couldn’t move as officials who were involved in the project were transferred. In fact, two farmers had approached us when the initiative was launched in July
last year.”

The Delhi Electricity Regulatory Commission (DERC) has now finalised and notified the guidelines paving the way for the scheme, said the official. VNM refers to when solar power is not used on-site but is transferred to the subscribers. In this case, the power generated in farms is likely to be used in water and sewage treatment plants run by the Delhi Jal Board (DJB) or government hospitals located in their vicinity.

“The government is in the process to identify institutions or department, where renewable energy is to be diverted,” said another official.Under the scheme, the private companies, under the Renewable Energy Service Company (RESCO) model, will install solar panels.

Only one-third of the total land owned by a farmer can have solar panels. These solar panels will be 3.5 metre above the surface which will allow smooth movement of tractors and unhindered farming activities.

In return, the farmers will get Rs 1 lakh per acre as rent with 6 per cent annual increase for 25 years. The farmers will also be entitled to get 1,000 units of free electricity every year for each acre of land.“Tender to invite private companies will be issued soon. By December, the network will be functioning. The scheme will increase income of farmers by three-four times,” said an official.

Recently, the Delhi Police had announced that all its buildings will have rooftop solar power plants. It is estimated to generate about 3-4 MW of power.

0
0   0
previous Sales of renewable energy certificates down 22% to 6.98 lakh in June
next UNCCD expects New Delhi COP to be turning point