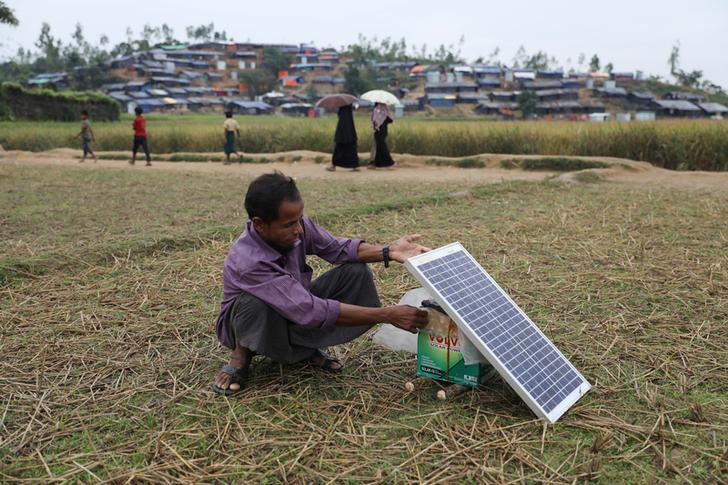 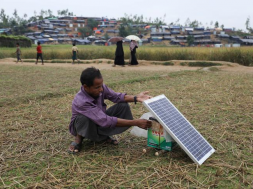 The Geneva-based World Economic Forum has endorsed the government’s initiatives to change lives of the rural people by giving solar power. In a feature, the Forum that engages the foremost political, business, cultural and other leaders of society to shape global, regional and industry agendas, says in rural Bangladesh, solar power is changing lives.

Off-grid solar home systems are improving living standards for people in rural areas of Bangladesh which has one of the world’s largest domestic solar energy programmes. “Solar power is changing the lives of 20 million people in rural areas, who can now work, study and go out after dark,” it said in a feature posted in its website.

In Bangladesh, more than a quarter of the rural population still do not have access to electricity. For millions of people, daily activities like cooking, working and studying are difficult, or even impossible, after sundown. Bangladesh’s economy is booming. It has an average growth rate of 8 percent, and demand for electricity is rising fast.

The government also wants to decarbonize and is opening major new solar parks in addition to expanding the use of solar home systems. Wind power plants are also in the works as renewables are part of a broader energy mix, which includes natural gas and coal. The World Bank and other development organizations, along with the private sector, are working with the government to bring affordable, solar-powered electricity to places where the traditional grid doesn’t reach.

The arrival of a solar mini-grid on Monpura, a remote island in the Bay of Bengal, has transformed the lives of residents. Lhota Khatun runs a sewing business from her home on the island. “Having access to reliable electricity has helped her to work at night while her children are asleep. With people able to continue their lives after dark, Monpura is thriving.”

“Markets are abuzz, households can power TVs, fans and even refrigerators, and streets are lit up at night,” according to a World Bank article. Off-grid solar systems light up more than 4 million Bangladeshi households. Monpura, other rural communities are also experiencing the benefits of electricity generated by solar panels.

Solar irrigation pumps enable farmers to improve crop yields. Shops and restaurants can stay open after dark. Families no longer have to rely on polluting firewood and kerosene. Girls can improve their literacy by studying at night. And not least, avoiding fossil fuels reduces greenhouse gas emissions. Bangladesh is already suffering the impacts of climate change, such as rising sea levels and flooding.