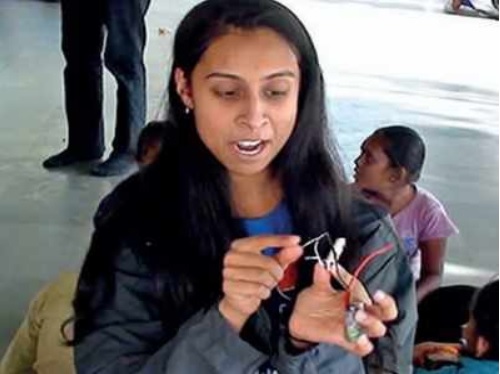 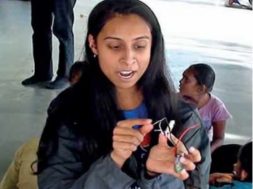 AHMEDABAD: Electricity supply — both during day and night — sometimes poses a hurdle in makeshift residences for daily chores and children’s education. What if the children were taught how to harness solar energy so that they could help the household?

With this idea, Kruti Sutaria, a 20-year-old earth and environment engineering student at Columbia University engaged with students of government schools at Borij and Sector 29 in Gandhinagar in the first week of January. She, along with fellow student Alena Zhang, were part of a Bengaluru-based initiative to take light to the dwellings without electricity.

Kruti is a first-generation American — daughter of New York-based Alpesh (electrical engineer), and Hetal (dentist) tracing their roots to Umreth and Palej respectively.

The solar lamp that students from class VI to VIII built consisted of a single solar panel, two six-volt batteries, a ten-watt LED light, a charge controller, and two soft drink PET bottles. After a two-week training the students made lights for 20-odd households that would provide light up to nine hours. The organizers said that a majority of the households belong to construction labourers who migrate internally multiple times a year.

“The students were the brightest and most curious students we could have asked for,” said Kruti, adding that they would be back again in July-August for a similar project. She also plays lacrosse for her university in addition to being part of a number of committees and activity groups.