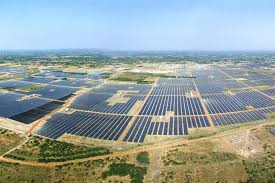 Solkompaniet has entered into a framework agreement with Niam through the infrastructure fund Niam Infra Fund to develop large-scale solar parks in southern Sweden. The goal is to jointly develop and build solar parks of up to 500 MW, which corresponds to an investment of over three billion SEK.

Once the solar parks are established, it will mean an annual production of 500 GWh, corresponding to the household electricity for 120,000 households in central and southern Sweden, where the lack of electricity is greatest.

The development of the first two solar parks under the framework agreement is already underway and comprises 80 MW each. Östra Eneby outside Norrköping is one of the parks and the one that has come the farthest. It is an area of ​​land that has excellent conditions for solar power, good access to electricity network infrastructure and where the plans have been received positively by local residents. The forecast is that the solar park should be completed by the turn of the year 2024/2025. The goal is to start development of a further number of solar parks under the framework agreement over the next two years.

Niam is one of Northern Europe’s leading real estate fund managers and launched its first infrastructure fund in 2021. Through the collaboration with Solkompaniet, Niam intends to finance both development and construction of the solar parks.

– Sweden has good conditions for solar parks, plenty of land and good solar radiation in our long coastal areas. Niam takes a very positive view of contributing to solar parks becoming an important part of the Swedish energy system. Sweden’s electricity demand is predicted to double through the electrification that is now taking place, and solar can relatively quickly meet part of the increased demand in southern Sweden, where the need is greatest in the near term, says Sverker Åkerblom, CEO of Niam Infrastructure.

Sweden has had a solar boom for rooftop installations for a number of years now, with the home owners accounting for half of the installed power. The expansion of solar parks, on the other hand, has barely started, despite the fact that the potential in Sweden is very large. The extremely high summer electricity prices show that the need for new electricity production is great in central and southern Sweden. The solar parks, where all production takes place during the day, would thus be an important part of the solution to increase the availability of electricity when it is needed most.

– Solkompaniet has built solar parks since the start in 2010, but it is only now that the size of the parks means that they become an important part of our electricity supply. Just the first solar park that we will develop and build for Niam corresponds to as much as has been built historically in Sweden until 2021, says Axel Alm, CEO of Solkompaniet.

Solkompaniet is the market leader in solar power for companies in Sweden and has 20 years of experience in the industry. Solkompaniet has built some of the country’s largest roof and ground installations. The business had a turnover of SEK 450 million in 2021 and grew from 100 to 180 employees. The core business is the design and installation of solar installations and, in addition, Solkompaniet contributes with strategic advice and training in sustainability and solar power. The subsidiary IBC SOLAR is a retailer of German IBC SOLAR’s quality-assured solar products to local and regional installers in Sweden. Solkompaniet’s operations are guided by strong values ​​and the basic principles of safety, quality and productivity – always in that order.

Niam invests in real assets in the Nordics and Northern Europe with a focus on real estate and infrastructure. Through our infrastructure platform Niam Infrastructure, we see great opportunities and value in sustainable investments and we strive to be part of the driving force for a greener and more sustainable future. This is achieved through innovation, deep knowledge and close collaboration with our partners.