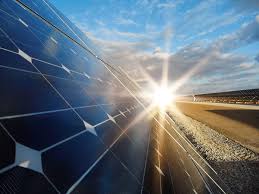 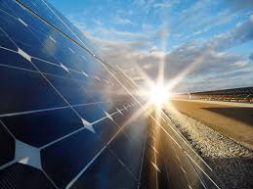 A South African solar power plant spearheaded by Saudi Arabia’s ACWA Power International refinanced debt at better terms than when the project started more than seven years ago, allowing for cheaper electricity to be fed into the grid.

The 5 billion-rand ($336 million) transaction is South Africa’s biggest infrastructure-refinancing transaction yet, Investec Group, the specialist banking firm that was lead arranger on the deal, said in a statement on its website on Tuesday.

The ACWA Power Solafrica Bokpoort Concentrated Solar Power plant in South Africa’s Northern Cape province generates 50 megawatts. It was commissioned in the earliest rounds of the African nation’s bid program to source renewable energy, and is the first of those to be refinanced.

The South African government and state-owned Eskom Holdings SOC Ltd. began appealing to independent power producers last year to lower their costs as part of an effort to save the indebted utility.

“We hope that this will encourage” other independent power producers with projects from the first few bid rounds to “also participate and jointly contribute to a reduction in the wholesale price of electricity,” Bernard Magoro, head of South Africa’s office that conducts the auctions, said in the statement.