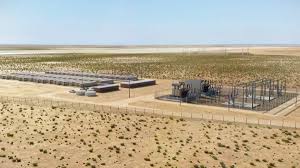 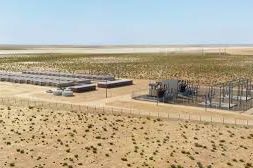 The South Australia state government has signed a new 10-year supply deal for its electricity needs that will pave the way for the construction of the Playford big battery near Port Augusta and the state’s biggest solar farm at Cultana near Whyalla.

The 10-year contract – which was put out for tender again after the failure of the Aurora solar thermal project to obtain finance – has been awarded to the Ross Garnaut-led Zen Energy, which in turn will tap into the big solar and battery projects that will be delivered by its former shareholder, Sanjeev Gupta’s GFG Alliance.

South Australia no longer has any coal generation, and the Liberal state government intends to reduce gas fired generation to a minimum level through its goal of “net 100 per cent” renewables by 2030. It already sources more than 57 per cent of its local demand from wind and solar, and has foreshadowed increasing its wind and solar capacity six-fold if three large hydrogen hubs go ahead.

Both the Cultana solar farm and the Playford big battery are being developed by GFG to supply the Whyalla Steelworks that Gupta bought out of bankruptcy several years ago, with a view to transform the operations into a major “green steel” hub.

“This is a landmark contract for ZEN Energy’s business, building on other recent announcements for long term renewable energy supply contracts and reinforces the ability for renewable energy to supply customers with clean affordable energy solutions,” Garnaut said in a statement.

The South Australia state government says the new projects, worth $660 million, will create more than 800 jobs in the construction phase, and the contract (which came into effect on Sunday, November 1), will also lower the cost of electricity to the state government by around $12.8 million.

“This is a great outcome for taxpayers, for jobs, for power prices and for grid security,” state energy minister Dan van Holst Pellekaan said in a statement. “It’s a big solar farm and a big battery, with big savings for taxpayers, creating a big jobs number.”

“This new contract will allow ZEN Energy to grow its business customer base, enter the residential retail market and improve both the security and reliability of the grid with the state’s 5th grid scale battery.

“Once operational, these new assets will have a positive impact on competition in South Australia and deliver emissions reductions and price reductions, saving SA households $10 on average on their electricity bills, on top of the $158 average reduction in our first two years in Government.”

The state already hosts the original Tesla big battery, now the expanded Hornsdale Power Reserve (150MW/94MWh), along with the Lake Bonny battery (25MW, 50MWh), and the Dalrymple North battery (30MW, 8MWh). Another 10MW/10MWh battery has been built next to the Lincoln Gap wind project but has yet to be commissioned.

The then South Australia Labor government surprised many observers when it signed a long term deal in 2017 with the proposed 110MW Aurora solar thermal project near Port Augusta, using a solar tower and molten salt combination.

But the deal fell over because project developer SolarReserve was unable to land finance for the technology, despite the offer of $100 million from the federal government through ARENA, and SolarReserve later went bankrupt after the contract for its flagship Crescent Dunes project in Nevada was cancelled by local authorities.

Van Holst Pellekaan said once operational, these new assets will have a positive impact on competition in South Australia and deliver emissions reductions and price reductions, saving SA households $10 on average on their electricity bills.