Spanish renewable energy firm Cox Energy is in advanced talks to bring in a partner for its South American operations, the company told Reuters on Friday.

The Madrid-based firm has assets on four continents and its operations in South America include a large, potentially lucrative contract with the Chilean government that it won in an auction last year.

“Cox Energy is in negotiations with a strategic partner to give an entry point into the entirety of the South American platform,” said a Cox spokesman, after two industry sources said the company had been in conversations with outside firms.

“Of course, once these negotiations culminate, Cox will stay on said platform as a participating partner,” said the spokesman, who asked not to be named, citing company policy.

The partner would gain an equity stake in the South American assets should the deal go through, he added.

Cox has multiple very early stage solar developments in Chile, which has experienced a solar boom in recent years, and is also looking at expansions in other countries nearby. Last year, it was among a cluster of European renewables companies that scooped up contracts to supply Chile’s public grid from 2021.

Under the terms of that contract, known as a power purchase agreement (PPA), Cox will provide 250 megawatts of power on a 24-hour basis. It will inject energy into Chile’s public grid for $52.72 per megawatt-hour, a price that is above the most recent averages in Chile.

The investment needed to fulfill the PPA will be around $300 million, the company has said. Its early-stage solar projects in Chile include the 60-MW Valleland solar park near the city of La Serena.

The spokesman said Cox had begun discussing possible partnerships shortly after the August public auction, though talks were now exclusive.

He declined to name the counterparty. However, one source with knowledge of the process said Cox had previously talked with industrial conglomerates and international investment funds.

The biggest investment funds operating in Chilean renewables are British private equity fund Actis and Canada’s Brookfield Asset Management.
While August’s auction was hailed as a massive victory for renewables, speculation has swirled that some of the winners would seek sales or partnerships with companies more experienced in large-scale infrastructure development. 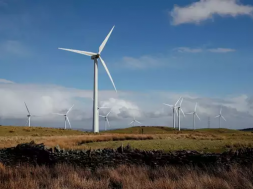 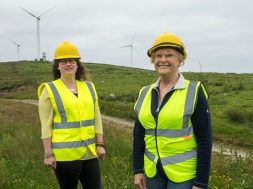