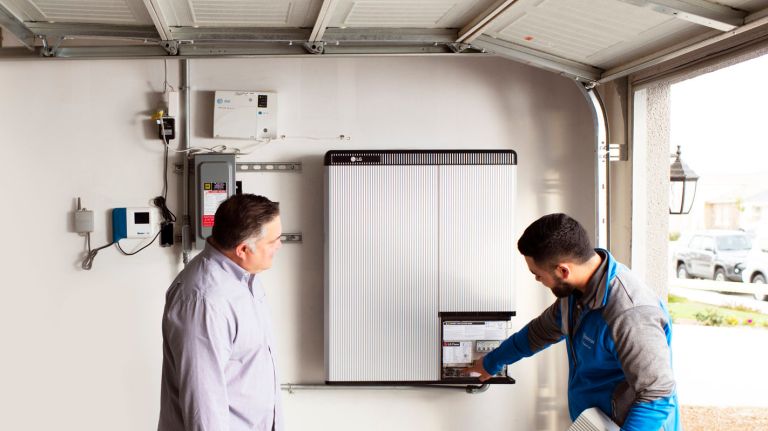 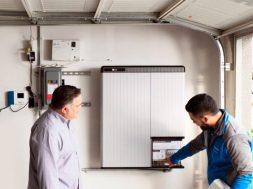 New York State, PSEG and LIPA are offering new incentives for Long Island homes and businesses to install energy-storage batteries as part of a $15 million plan to expand the nascent sector.

The systems can provide a home or business with enough juice to operate critical functions during an outage, particularly when coupled with a solar-energy system to charge them. The state plans to spend $55 million on energy storage systems in the next few years as part of a plan to install some 3,000 megawatts of battery storage statewide by 2030.

One new incentive from the New York State Energy Research and Development Authority would provide homeowners with upfront funding to help cover the cost of the battery systems, which for typical homes can run between $7,000 and $10,000. NYSERDA’s offer would defray around $2,500 off the cost of a typical system rated at 10 kilowatt-hours, said Mike Voltz, director of energy efficiency and renewable programs at PSEG Long Island.

PSEG’s LIPA-approved incentive could add another $120 per year over 10 years in payments to homes that install the batteries, which, working through a third-party company, would agree to allow the utility to take the power from their batteries during peak three-hour summer periods to benefit the grid.

NYSERDA and PSEG have similar programs for commercial users. Local energy companies say all told the incentives are a game changer.

“This is a major development,” said David Schieren, chief executive of EmPower Solar in Island Park, predicting the incentive would jump-start combined solar and battery systems this year.

EmPower, Schieren said, will offer a battery system from Tesla called a Powerwall with every new solar system, with anticipated sales of 150 systems over the next year.

The utilities and the state are getting behind battery storage as a way of making the grid more resilient and amenable to a new generation of green energy scheduled over the next decade. Big storage batteries are already installed in Montauk and East Hampton to help defray an increasing summer peak use on the South Fork and to help store some energy from a planned offshore wind farm slated for that region in coming years.

The new residential battery options are considerably smaller than the 5-megawatt trailer-size systems installed on a utility-scale for the LIPA system in the Hamptons.

Residential battery systems are about the size of a pair of large suitcases, and are best installed in conjunction with a new home solar energy array, said Voltz. That is because the new systems require a new piece of equipment called an inverter just for the battery-solar installations. The new inverters allow the systems to operate independently from the grid if there is a big outage.

In addition to the state and PSEG-LIPA incentives, there is a federal incentive for battery systems similar to that for solar installations — a 30 percent investment tax credit on the total cost of the system.

Long Island remains the state leader in home solar installations, but the adoption rate of around 500 new systems a month this year is nowhere near the rate of more than double that just two to three years ago, when the market was inundated with national solar leasing companies that sold systems with Tupperware sales tactics. Voltz said the new battery offerings could help add some spark to a steady home solar market.

Evan Dube, senior director of public policy for Sunrun, said the national company will begin incorporating the new state and utility incentives to lower the cost of its Brightbox energy storage systems leased to customers. He declined to say how much of the saving would be passed onto customers. Sunrun has installed more than 5,000 such systems across the country.

Dube said the new systems, coupled with the incentives, are “really going to demonstrate the capability that [solar] and batteries can provide. This is just the first step. We’ll see more and more.”