Evolving its partnership that began in 2010, SunPower Corp. announced recently that it is purchasing AUO’s portion of the two companies’ joint venture which manufactures solar cells at an 800 megawatt (MW) fabrication facility in Melaka, Malaysia. “The solar industry expects continued growth for the foreseeable future, as solar power becomes increasingly cost effective in many countries,” said Tom Werner, SunPower President and CEO. “Acquiring AUO’s stake in the Malaysian joint venture gives us sole control over our highest performing solar cell fab and will allow for technology upgrades and further expansion of our high efficiency solar cell technology as market conditions warrant.”

Under the stock purchase agreement, SunPower will pay AUO $170 million over the next four years. SunPower has also signed a supply agreement with AUO for 100 MW of SunPower’s E-series solar panels. AUO also will remain a wafer supplier to SunPower. This transaction resolves a dispute between the two companies.

“Consistent with our previous comments, SunPower is working to increase our future manufacturing capacity for our highest-value products while driving down costs,” Werner said. “We will thoughtfully manage capacity during the current industry volatility, but we are committed to being a leading upstream industry participant over the long term, leveraging our unique, high value solar panel technologies. Purchasing AUO’s portion of the Melaka joint venture is an opportunity for us to enable technology upgrades, cost reductions and future expansion consistent with this strategy.”

SunPower plans to eventually upgrade the Melaka facility, which has been recognized by the International Energy Agency for its superior energy-efficient design and Leadership in Energy and Environmental Design (LEED) acknowledgement. The facility includes infrastructure built to allow for significant future capacity growth. Contingent on various conditions, the transaction is expected to close by the end of the month. 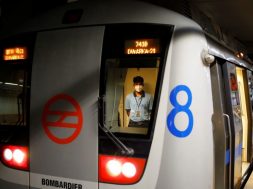